What I do know is that we ought to stop casually throwing around terms like “crazy” in this campaign and our daily lives….When that language is commonplace, it becomes that much harder for those experiencing mental illness to openly seek treatment that works. It discriminates, in subtle and overt ways, and extends its reach into schools, workplaces and the health-care system, where we still don’t provide routine mental health exams. When we use that word the way we 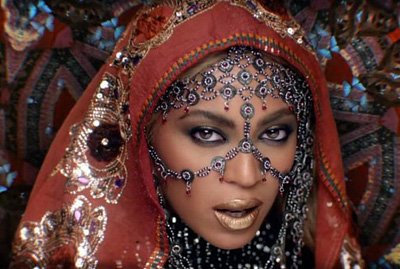 have, we perpetuate the dangerous, “separate and unequal” treatment of these illnesses, and continue to pretend that the brain isn’t part of the body.

This is the kind of thing that helps power people like Trump in the first place. Sure, a lot of people who gripe about political correctness are just upset that people get on their case these days if they call blacks lazy or Asians inscrutable or women hysterical. There’s not much we can do about this except keep fighting the good fight and wait for them to all die off.

But there are also people who aren’t especially racist or sexist, but nonetheless feel like they have to walk on eggshells around us liberals. Call someone crazy and you’re insulting the mentally ill. Talk about someone “suffering” from an illness and you get a stern lecture about not making assumptions. Ask any number of possibly dumb but innocent questions and you’re committing a microaggression. Wear a sari in a music video and you’re engaging in cultural appropriation.

This kind of hypersensitivity does little good and plenty of harm. We should focus on the big stuff and settle down about the rest of it. It won’t help us win over the racists or sexists—who we don’t need or want anyway—but it will help a lot of other people to feel like it’s not such an emotional trial to hang around liberals, watching their every word in case something new has popped up since the last time they visited. Most people, after all, are neither as plugged in to lefty culture or as hyperverbal as your average university student. Hell, even I sometimes have trouble remembering the approved language to use about things, and I get to sit at the keyboard until I figure it out. Your average schmoe talking in real time hardly has a chance.