Here’s some bad news for Obamacare:

Aetna is dropping Obamacare insurance in 69% of the counties and 11 of 15 states where it currently offers plans….The insurer blamed heavy losses for the move. In doing so, the company suggested that too many sick people are buying plans, not enough healthy people 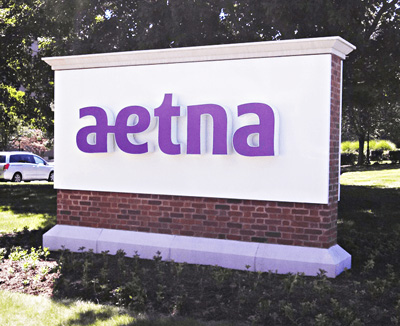 are paying premiums to make up for it and the government isn’t making policy changes to fix it.

Unlike the earlier pullback by United Healthcare, which wasn’t that big a deal, this is. Aetna did a lot of business on the Obamacare exchanges, and until recently claimed that it was a good investment. Now they’ve suddenly changed their mind. Why? No one can say for sure, but the skeptical among us suspect it’s payback. The Obama administration blocked their proposed merger with Humana, so now they’re going to exit Obamacare. Nyah nyah nyah.

Maybe. It’s unlikely we’ll ever find out. After all, Aetna has been losing a lot of money on the exchanges, so it could have been nothing more than a simple business decision. So what does it mean?

In the short term, it means more people will find themselves with only one choice for health coverage. In the longer term, it means that premiums are going to rise. Insurers massively underpriced their Obamacare coverage when the exchanges opened up in 2013, in an online version of the price wars we used to see between gas stations on opposite corners of the street. Eventually, as in any competitive market, this is unsustainable. Either prices go up, or inefficient producers drop out, or both. In this case, the answer is almost certainly both. Some insurers are dropping out, and Charles Gaba estimates that premiums are going to see a big upward bump next year, maybe in the range of 15-20 percent.

I’ve mentioned before that Obamacare premiums are still way under the original CBO estimates. The difference in 2016 was about $1,000. If I had to guess, I’d say insurers need to make up about half of that before the market stabilizes. An increase of 20-25 percent would just about do it, and I figure that’s likely to take a couple of years. At that point we might see some insurers get back into the market.

This is messy, but it’s the way markets work. A public option might have helped to smooth out this process—or it might have wiped out the private insurers completely. There’s no way of knowing, since the devil is in the implementation details. In the meantime, we probably have a couple of years of health care rate hikes ahead of us. This won’t affect low-income families too much, since subsidies will make up the difference, but it will definitely have an effect on middle-class families who have to pay market rates with little or no subsidy. Stay tuned.