This is annoying. I feel like I ought to have something to say about tonight’s festivities, but I don’t, really. The A-listers (Michelle Obama, Elizabeth Warren, and Bernie Sanders) all gave good speeches. Bernie held nothing back, giving a full-throated endorsement of Hillary Clinton that showed him in his best light. Earlier in the day there had been some booing when Hillary’s name was mentioned, but it seemed to die out as the night wore on, and in the prime time hour that was all most 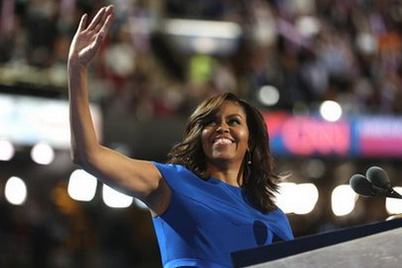 people saw, it was pretty much all sweetness and light. If the object was to show off a united Democratic Party to the nation, I’d say that Team Hillary did it.

On the other side of the aisle, Donald Trump was doing his usual: doubling down on whatever he’s been criticized about recently. In this case it was NATO: “We have to walk,” Trump said. “Within two days they’re calling back!…They will pay us if the right person asks. That’s the way it works, folks.” Republicans were almost universally appalled. During the Democratic speeches, Trump spent his time tweeting out his usual juvenile zingers. There’s no point in highlighting them, though. It was just the workaday Trumpiness that I suspect even his fans are starting to get bored of by now.

And…that’s about it. Party unity proceeds apace among Democrats, while puerile insults continue apace in Trumpland. Tune in again tomorrow.