Oh my. Megyn Kelly has joined the brigade of Fox News anchors saying that Roger Ailes sexually harassed them:

According to two sources…Kelly has told investigators that Ailes made unwanted sexual advances toward her about ten years ago when she was a young correspondent at Fox. Kelly, according to the sources, 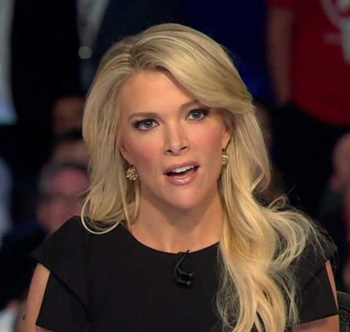 has described her harassment by Ailes in detail.

Kelly’s comments to investigators might explain why the Murdochs are moving so quickly to oust Ailes….According to two sources, Monday afternoon lawyers for 21st Century Fox gave Ailes a deadline of August 1 to resign or face being fired for cause. Ailes’s legal team — which now includes Susan Estrich, former campaign manager for Michael Dukakis — has yet to respond to the offer. Ailes has also received advice on strategy from Donald Trump and Rudy Giuliani, sources say.

Advice from Donald Trump! That’s sure who I’d go to if I were on the cusp of a humiliating, career-ending sexual harassment scandal.

Kelly is the network’s biggest female star. If she’s turned against Ailes, it’s all over for him. This just goes to show the power of a single person coming forward. Nobody said anything until Gretchen Carlson had the courage to speak up. Then we started hearing from seemingly half the women who had ever worked for Ailes. One person really can make a difference.