Andrea Leadsom has unexpectedly pulled out of the race to replace David Cameron as leader of Britain’s Conservative Party. This means not just that Theresa May will become the next prime minister, but that she will become prime minister on 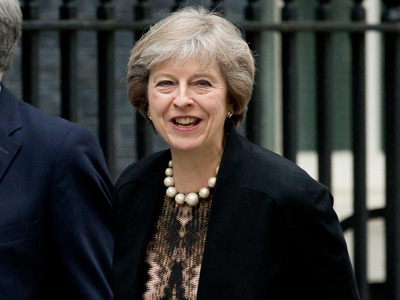 Wednesday, rather than a couple of months from now.

This means that Brexit is now more likely to happen. There has been idle chatter about the possibility that after a couple of months of blowback from the referendum, the ardor to leave the EU could cool, providing a face-saving way to pull back and not leave after all. But although May didn’t campaign for Brexit, she has very recently stated that “Brexit is Brexit” and there’s no turning back. Since she’ll be PM in two days, it will be pretty hard to walk that back. She’ll be under a lot of pressure to pull the trigger right away.

One other note. May is a pretty reliable conservative. But here’s a Guardian summary of a speech she gave this morning:

In the hardest-hitting passage of the speech, she said: “We need a government that will deliver serious social reform — and make ours a country that truly works for everyone. Because right now, if you’re born poor, you will die on average nine years earlier than others.

“If you’re a woman, you still earn less than a man. If you suffer from mental health problems, there’s too often not enough help to hand. If you’re young you’ll find it harder than ever before to own your own home.”

I don’t know if she means this or not. But even if it’s insincere, can you imagine a Republican in the US even saying this?