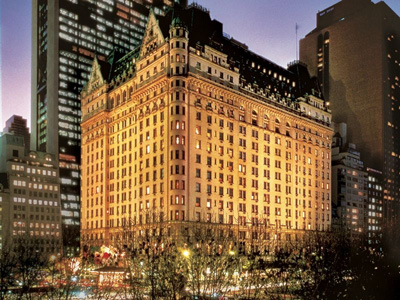 Tom Barrack is now telling us about the time he sold Trump the Plaza Hotel. “He played me like a Steinway piano,” Barrack said. Trump was a steely-eyed negotiator, a tiger in the jungle.

Who is he kidding? The Plaza Hotel was a disastrous deal—for Trump. Trump went with his gut and overpaid enormously. He bought it for $407 million—far more than it was worth at the time—spent over $50 million in renovations, and then, when he was going through bankruptcy proceedings, was forced to sell it in a deal that valued the hotel at $325 million. Barrack and his boss took Trump to the cleaners.

What’s more, Barrack was highlighting the absolute worst part of this deal: that Trump was so eager to get the hotel that he agreed to forego normal due diligence and instead allowed Barrack to just give him a list of stuff that needed fixing. It was massive negligence on Trump’s part. If Harvard has a list of the worst, laziest deals ever made, this one would make the top ten list.

Yet this is the example they’re touting to show what a great businessman Trump is? That takes real balls. It’s a testament to the fact that the Trump campaign figures it can just say anything. The Trump hagiography is once again beamed out to millions of people and nobody will ever hold them to account.