The end of the written word is nigh:

Facebook is predicting the end of the written word on its platform. In five years time Facebook “will be definitely mobile, it will be probably all video,” said Nicola Mendelsohn, who heads up Facebook’s operations in Europe, the Middle East and Africa, at a conference in London this morning. Mark Zuckerberg, Facebook’s CEO, has already noted that video will be more and more important for the platform. But Mendelsohn went further, suggesting that stats showed the written word becoming all but obsolete, replaced by moving images and speech.

Well, the demise of the written word may be happening sooner rather than later around here, thanks to a “scheduled” power outage from our friends at Southern California Edison. Last time this happened, power was back up in less than an hour. This time, who knows? They claim power will be 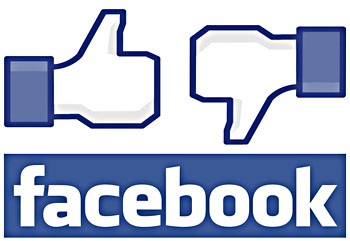 out all day. That’s far longer than the battery life of either my phone or my tablet, so the written word is likely to die here in just a few hours.

In the meantime, I’ll take issue with the bolded part of Mendelsohn’s comment. Video has many benefits, but information density generally isn’t one of them. In fact, it’s the very reason I loathe video. I can read the transcript of a one-hour speech in about five or ten minutes and easily pick out precisely what’s interesting and what’s not. With video, I have to slog through the full hour. Generally speaking, my habit is to never click a link that goes to video. It’s just such a waste of time.

Of course, my needs are far different than most people’s. I read/view stuff on the web in order to gather actual information that I can comment on. Most people couldn’t care less about that. They just want momentary entertainment, and video overtook print for that many decades ago.

Which is fine. But please, call it what it is. Don’t pretend to be doing the world a service by promoting a medium that helps us all “digest much more information.” That’s obvious claptrap.