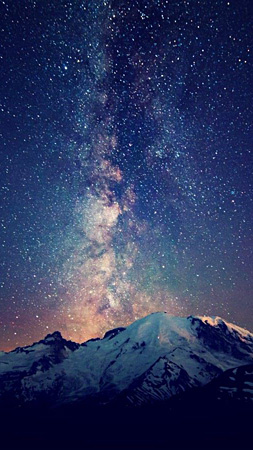 Most of us living in urban areas can’t see it because of all the light pollution. In big cities, we’re lucky to even glimpse the Big Dipper. It’s becoming harder and harder to pick out our place in the universe.

How hard is it? In a new study for Science Advances, an international team of researchers created the most detailed atlas yet of light pollution around the world. They estimate that the Milky Way is no longer visible to fully one-third of humanity — including 60 percent of Europeans and 80 percent of Americans. Artificial light from cities has created a permanent “skyglow” at night, obscuring our view of the stars.

Someday I would like to see the Milky Way. I never have—not that I recall, anyway. I’ve spent my entire life in the suburbs, and travel and vacations have never taken me anyplace dark enough to see it.

So where do I have to go? The light map below shows the few places left in America where you can get a good look at the Milky Way. If you’re east of the Rockies you can pretty much forget it. If you live in Southern California, like me, the closest place looks to be Death Valley or thereabouts. That’s not so bad. According to Google Maps, if I drive across the border into Beatty, Nevada, I can stay at the Atomic Inn and eat at Mel’s Diner. September 1-4 looks like it might be good. Perhaps this is something I should finally do this year. 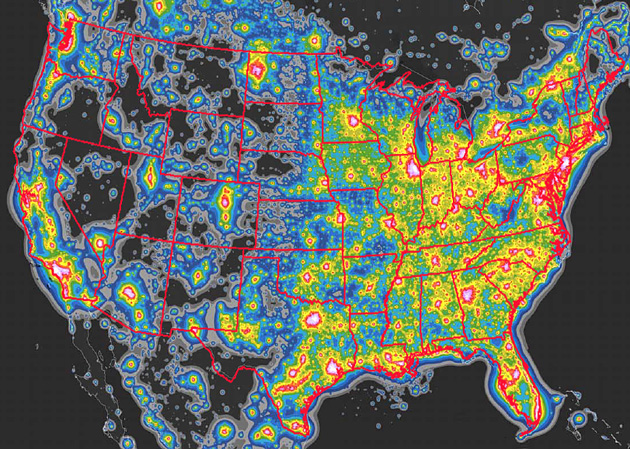