Responding to reports that Pakistan’s intelligence service funded a deadly 2009 Taliban attack on a CIA outpost in Afghanistan, National Review’s David French says we should release the secret 28 pages of the 9/11 report that describe possible Saudi involvement:

We’ve long known that our “alliance” with Saudi Arabia has put us in bed with the devil. It’s time for us to find out how evil that devil truly is.

….I recognize that the needs of war sometimes require our nation to ally itself with dangerous regimes (see World War II for the most salient example), but there is still a difference between a shaky or temporary ally and an actual enemy — a nation that is trying to 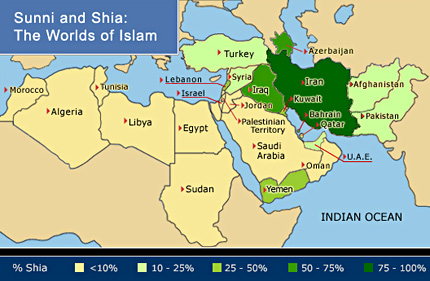 undermine American interests and kill Americans. In other words, there is a line, and it is worth asking (and re-asking) if Pakistan and Saudi Arabia are on the right side.

This is one of those remarkable issues that unites far right, centrists, squishy left, and far left. We all think pretty poorly of Saudi Arabia, and we’d all like to know what’s in those 28 pages. The fact that no one in the federal government wants to oblige us just adds to our conviction that these pages contain something pretty damning.

Still, this raises a difficult question, especially for conservatives: who do you want the US to ally with in the Muslim world? The basic power blocs in the Middle East are the Sunni gulf states led by Saudi Arabia and the Shiite bloc led by Iran. Obviously Iran is out. So does this mean conservatives want to dispense with allies altogether? Give lots of arms to Israel but otherwise just pull out of the Middle East altogether? Launch periodic wars against whoever happens to be the greatest perceived threat at any given time?

My loathing of Saudi Arabia is pretty boundless on all sorts of levels: religious liberty, treatment of women, encouragement of Wahhabi intolerance throughout the Muslim world, geopolitical treachery, general tribal assholishness, human rights in general, and plenty of other things I’ve probably forgotten. At the same time, Iran is hardly a sterling citizen. They lack some of Saudi Arabia’s vices, but make up for it with others (less proselytization, more export of terrorism). And at least Saudi Arabia cooperates with us some of the time. Iran wants nothing to do with us.

This is all pretty obvious, but I guess it’s why I go off on rants about Saudi Arabia only occasionally. It’s easy to do for someone like me, who has no influence over anything. But if I were president, and I had to choose from a steaming pile of seriously ugly choices—with American interests, American lives, Mideast stability, and the threat of global terrorist surges all on the line? Well, I might look at everything, hold my nose, and play nice with the Saudis. I don’t know. But that’s apparently the choice that President Obama made, even though it’s pretty clear he didn’t like it much.