If America is no longer great, when was it great?

When asked to select America’s greatest year, Trump supporters offered a wide range of answers, with no distinct pattern. The most popular choice was the year 2000. But 1955, 1960, 1970 and 1985 were also popular. More than 2 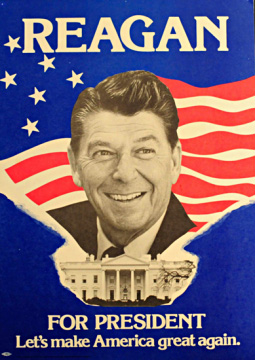 Hmmm. Trump supporters seem to have a fondness for nice, even years. Not just Trump supporters, though: the year 2000 was the single biggest winner among both Democrats and Republicans. I suppose that makes sense. The economy was booming, 9/11 was still in our future, China hadn’t joined the WTO, and nobody knew that our upcoming election would be decided by the Supreme Court instead of the voters. But let’s return to Republicans:

In March, Pew asked people whether life was better for people like them 50 years ago — and a majority of Republicans answered yes. Trump supporters were the most emphatic, with 75 percent saying things were better in the mid-1960s.

….There were partisan patterns in views of America’s greatness. Republicans, over all, recall the late 1950s and the mid-1980s most fondly. Sample explanations: “Reagan.” “Economy was booming.” “No wars!” “Life was simpler.” “Strong family values.” The distribution of Trump supporters’ greatest years is somewhat similar to the Republican trend, but more widely dispersed over the last 70 years.

No surprises here. Old white folks pine for the days when other old white folks ruled the country. Democrats, by contrast, who are a lot less white, are considerably less enthusiastic about those days.