Conservatives have finally found something to like about the Obama administration:

Perhaps some of the voices calling for Tubman on the $20 just wanted any prominent African-American woman to replace one of the white males on our currency. If it was political correctness that drove this decision, who cares? The Obama administration has inadvertently given Tubman fans of 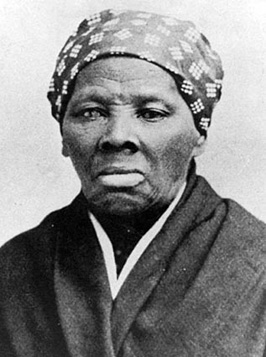 all political stripes an opportunity to tell the story of a deeply-religious, gun-toting Republican who fought for freedom in defiance of the laws of a government that refused to recognize her rights.

Yeah. That’s the ticket. All those folks in the Obama administration had no idea who Harriet Tubman really was. They were all like, check this out, Jack: black, female, helped slaves, done. Boxes checked. Identity politics satisfied. Put her on the twenty.

The poor fools. She was religious! She carried a gun while helping slaves escape! She was a Republican! She fought for freedom against a tyrannical government! If you think about it, she’s basically the poster child of the modern-day Tea Party. And none of those idiots in the White House had a clue.

Seriously. That seems to be what they think. Next they’re going to remind us that Abraham Lincoln was a Republican too.