Jim McDonnell, LA County’s new sheriff, thinks that deputies who lie on official reports should be terminated for cause. For example, there’s Daniel Genao, who wrote that there was a gun in a suspect’s waistband when it was actually behind a nearby planter. You’d think it 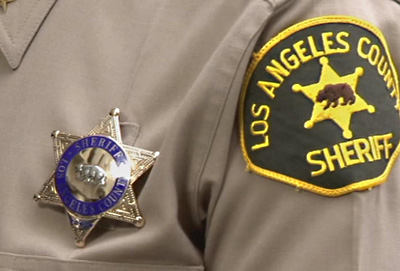 would be hard to argue against firing folks like this. But you’d be wrong:

To fully implement his strict regime, McDonnell must contend with the Civil Service Commission, a five-member body appointed by the L.A. County Board of Supervisors that adjudicates discipline cases of county employees. In the last year, the commission has reinstated Genao as well as a deputy who lied about whether he had tried to take a photo under a woman’s skirt and another deputy found to have falsely asserted that he had not witnessed a colleague beat up a jail inmate.

….Sean Van Leeuwen, vice president of the Assn. for Los Angeles Deputy Sheriffs, a union representing deputies, criticized McDonnell’s “one size fits all” approach to honesty. “Was this a bad act or was this a bad heart?” Van Leeuwen said. “Did you do something wrong because you made a mistake, or was this really a bad act?”

….The hearing officer concluded that dismissal was excessive because Genao admitted to the false statement and was a popular, well-respected deputy. Other deputies have ended up on the Brady list1 yet remained on the job, and Genao could work a non-patrol assignment, the hearing officer noted.

How is it that we can happily apply zero-tolerance rules to five-year-olds who bring butter knives to school, but not to full-grown sheriff’s deputies who lie on official reports? And in what universe does it make sense to say that other deputies have lied and kept their jobs, so why shouldn’t Genao? If we want to understand why so many people of color don’t trust cops, this is a pretty good place to start.

1From the article: “In the landmark Brady vs. Maryland case, the U.S. Supreme Court ruled that prosecutors must turn over exculpatory evidence to the defense. Local prosecutors keep a so-called Brady list of officers with credibility issues, which defense attorneys can use to undermine the officers’ testimony, potentially derailing criminal cases.”