From George Will, bemoaning the fate of a Republican Party in thrall to Donald Trump:

It is time to talk about his tax records.

OK, let’s talk! Unfortunately, this is not the first line of Will’s column, it’s the last. Is it a two-part column, and this is just the cliffhanger? I don’t know. I was reading the column for a different reason, when it suddenly stopped dead on this sentence.

So why was I reading the column? Because I was intrigued by the headline: “Donald Trump relishes wrecking the GOP.” You see, a few days ago President Obama claimed that Trump merely “says in more interesting ways” what every other Republican says too. Will isn’t buying:

Certainly not last week when Trump said, “I like the [Obamacare] mandate.”…Trump was not saying “what the other candidates are saying” when last week he said: “Every single other [Republican] candidate is going to cut the 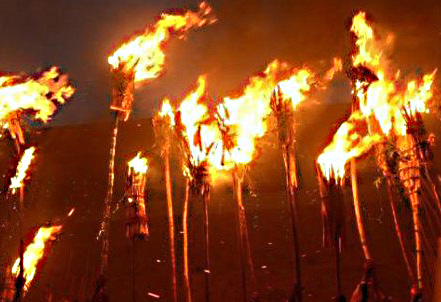 hell out of your Social Security.”… Embraces torture and promises to kill terrorists’ families.

Trump quickly backed away from his mandate mistake, and other Republican candidates endorse torture as well—as have large majorities of Republican voters since long before Trump burst on the scene. They just don’t say so in quite such interesting ways as Trump.

So, once again, we’re left with Trump’s heresy on Social Security. That’s about it. With fairly trivial exceptions, Trump is quite mainstream on all the other big conservative hot buttons: taxes, health care, abortion, guns, military spending, regulations, climate change, crime, deficits, and smashing ISIS to bits. Given all this, he sure is getting a lot of mileage out of his slight nonconformities on issues like eminent domain and Planned Parenthood funding.

So is Trump really wrecking the GOP? I don’t see it. The GOP wrecked the GOP. They’re the ones who have spent the last 30 years building the kind of party that Trump appeals to. If Michael Moore entered the Democratic race, do you think he’d have the same effect? After all, he’s loud, he’s funny, and he’s unapologetically liberal.

But he wouldn’t have any serious impact. He’d build a small movement and get some good press, and that would be that. There just aren’t enough Democrats around who’d find his brand of rabble-rousing convincing presidential material. The Democratic establishment hasn’t spent the last 30 years building that kind of party.

So let’s knock off the crocodile tears about Trump wrecking the Republican Party. This is the party the Republican establishment built. They found it convenient, and they were pretty sure they could keep it under control. But they couldn’t. They started a bonfire to keep the rubes good and fired up, and now they’re getting upset because someone else is throwing in a few logs and taking ownership of it. Boo hoo.