In the interest of keeping myself honest, I should acknowledge that—so far, at least—the Russian incursion in Syria has apparently gone a lot better than I expected:

Under the banner of fighting international terrorism, President Vladimir Putin has reversed the fortunes of forces loyal to Syrian President Bashar al-Assad….Government forces are now on the offensive, and last week they scored their most significant victory yet….“The operation is considered here to be quite successful,” said Evgeny Buzhinsky, a retired lieutenant general and senior vice president of the Russian Center for Policy Studies 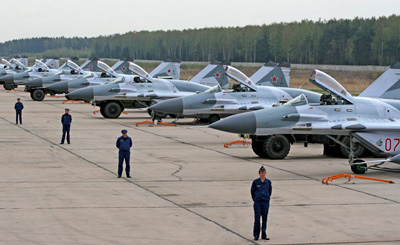 in Moscow. It could probably continue for one year or longer, he said, “but it will depend on the success on the ground.”

….“Putin can afford to play geo­political chess in the Middle East because it does not cost much,” said Konstantin von Eggert, an independent political analyst based in Moscow. Entering the conflict in Syria has allowed Putin to combat what he sees as a U.S. policy of regime change, show off his military muscle and reassure allies in the region that Moscow is a loyal partner, von Eggert said.

In the past couple of days, thanks to Russian help, Assad has come ever closer to taking control of Aleppo, Syria’s biggest city:

Gains by Assad and his allies in the past month have squeezed overland supply lines to Turkey that may represent the last bulwark against defeat for the rebels in northern Syria.

Assad, who was on the verge of defeat in mid-2015 before Russian President Vladimir Putin stepped in with military support, has wrested back the initiative. His army last week broke a three-year siege of two villages north of Aleppo. The city is almost encircled, apart from a narrow stretch of contested territory.

Over the past decade, Putin has taken on several small-scale military incursions: in Georgia in 2008; in Crimea in 2014; and now in Syria. But small though they may be, they’ve been executed competently and they’ve provided the Russian army with invaluable real-world experience. Apparently that’s paid off.