Republicans are pretty unanimously refusing to consider confirming a Supreme Court nominee to replace Antonin Scalia before the election. That’s hardly unexpected, but what cracks me up is their effort to make this sound like a principled stand. “It’s been over 80 years since a lame duck president has appointed a Supreme Court justice,” Marco Rubio said last night, apparently not understanding what “lame duck” means. “We have 80 years of precedent of not confirming Supreme Court justices in an election year,” Ted Cruz agreed, apparently not realizing that 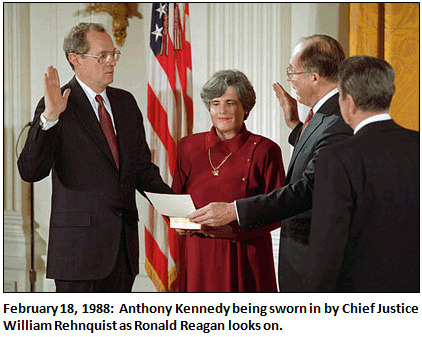 Anthony Kennedy was confirmed in 1988. No matter. “It’s been standard practice over the last 80 years to not confirm Supreme Court nominees during a presidential election year,” thundered Chuck Grassley, the chairman of the Senate Judiciary committee, which will hold hearings on Obama’s nominee.

This has quickly become a meme on the right. It’s a deeply held American tradition not to confirm Supreme Court justices during an election year. Needless to say, this is ridiculous. Anthony Kennedy aside, the reason Supreme Court nominees haven’t been confirmed during election years for the last few decades is just coincidental: none of them happened to have died or retired during an election year.1Some tradition. Perhaps Scalia should be posthumously censured for having the gall to break this custom.

In any case, congratulations as usual to Mitch McConnell for not bothering with this self-righteous pretense. He says the Senate won’t vote on a replacement for Scalia because, basically, they just don’t want to. “The American people should have a voice in the selection of their next Supreme Court justice,” he said yesterday, and that’s that. Republicans have the power to delay in hopes of electing a Republican in November, and that’s what they’re going to do.

1Abe Fortas was rejected during the 1968 election year, but this had nothing to do with any kind of hallowed tradition. It was because Republicans and Dixiecrats were pissed off at the Warren Court, and preventing LBJ from elevating Fortas to chief justice was a way of showing it. They were able to use an ethics scandal to gin up opposition, and Fortas never even made it to a floor vote.