Julia Belluz writes today about one of my saddest pet peeves: the sad state of tomatoes in America.

Harry Klee, a horticulture professor at the University of Florida, spent years developing a nutrient-dense tomato that also happens to taste great. It’s been called — by a panel of 500 experts — one of the most delicious tomatoes on the planet….Klee’s tomato, the Garden Gem, is also eminently durable, with a great shelf life and track record of disease resistance — properties growers care about. But he’s been told the Garden Gem is a little too small (about a half 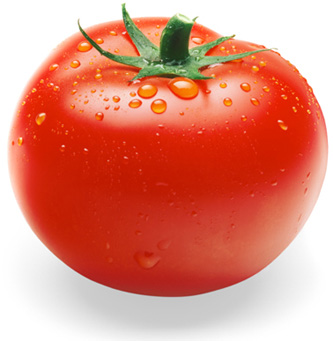 or a third the size of your average supermarket tomato). And that means it’d require more labor to pick, and therefore a little more cost. The fact that it’s delicious doesn’t count for much.

“The bottom line here with the industrial tomatoes is that tomatoes have been bred for yield, production, disease resistance,” Klee told me….This greatly distresses Klee. “I have a lot of worries, and one is that we are raising a whole generation of people who don’t know what a tomato is supposed to taste like,” he said. “If they go to Italy and buy a tomato at a roadside stand, it’s a life-changing event.” For now most Americans are stuck with massive, perfectly red, eminently tasteless tomatoes.

Well, I want a Garden Gem, even if it is small. Of course, I’d want one even more if it were large. When I was growing up (cue Boomer nostalgia music) we bought tomatoes from a local stand and they were both huge and delicious. We ate them like apples. Were they the best tomatoes on the planet? Probably not. But they were pretty good! Light years better than anything I can get in the supermarket today. So it’s not impossible to grow tomatoes that are both tasty and large.

Thankfully, this is one of the things Donald Trump will probably fix once he becomes president. There will no longer be any undocumented workers around to pick them, but that’s a problem for another day.