Donald Trump insists that China, Japan, and Mexico are stealing our jobs. Are they? A lot of people sure believe it. Carrier recently announced they were moving a factory to Mexico, which produced a viral video of worker reaction that’s been viewed more than 3 million times in three days. It captured in a nutshell the fear of offshoring that Trump appeals to.

So how many jobs does the United States lose each year to offshoring? Surprisingly, nobody knows. The federal government doesn’t try to track this, and companies are reluctant to talk about it. Here’s a miscellaneous sampling of various estimates:

So we have estimates for all jobs in 2004; business services jobs in both Europe and the US between 2002-16; total jobs through 2006; total jobs to China between 2001-13; and all service-sector jobs between 2003-15. If I had to put all this together and average the high and low estimates, my horseback guess is that maybe we’re losing a total of about 400,000 jobs per year to offshoring.

Now, this is plainly not the whole picture. Partly this is because there are lots of different things that can arguably be called “offshoring.” There’s the classic version, where you close down a plant in America and move it somewhere else. But there are also cases of brand new plants being built overseas. Is this offshoring, or is it a case of wanting to build stuff near a local market? Could be a bit of both. Then there are plant closures due to overseas competition. Technically, nothing is being offshored, but jobs are certainly being lost. And of course, all of these things contribute to pressure that keeps wages low.

Beyond that, offshoring can stand in for a host of other fears. Workers are scared of losing their jobs to automation; of equity buyouts from the Bain Capitals of the world; of losing the ability to work thanks to disability; or of being laid off and never finding a good job when the economy recovers.

In other words, 0.3 percent might not seem like much, but it stands in for a potentially much scarier number. That said, here’s the thing I’m a little puzzled by: Donald Trump’s schtick is nothing new. Anyone my age remembers this. In the 80s, it was Japan that was taking all our jobs and wrecking our economy. And it was no joke. There was real fear and real rage about this. Then, in the early 90s, it was Mexico and NAFTA. Later in the decade it was the Asian Tigers. (Remember them?) 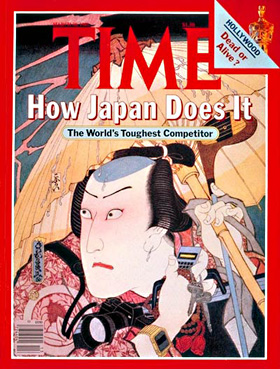 Now, for the last decade or so, it’s been China. American workers have been in a fever about losing their jobs to foreigners for more than 30 years.

And yet, we’re supposed to believe that this is the reason for all the blue-collar anger that’s come out of nowhere to power the Trump phenomenon. But it doesn’t add up. Very few workers are actually in danger of losing their jobs to offshoring. And even when you add in all the other stuff, the job market right now is actually in pretty solid shape. It’s not booming, but it’s not bad. True, there’s some evidence of permanent job loss from the Great Recession, but it’s a few percent of the workforce at most. It’s not enough to produce huge rallies for a blustering xenophobe. What’s more, the evidence from New Hampshire suggests that Trump is pulling support from nearly every demographic group: rich and poor, men and women, young and old, blue collar and white collar, dropouts and college grads, conservatives and moderates. They can’t all be in a state of hysteria about China and Mexico taking their jobs.

Just to be crystal clear: This isn’t a matter of wondering why cool logic doesn’t prevail among the electorate. What I’m wondering more about is this: what are the lived, ground-level issues that are galvanizing Trump’s supporters? The job market simply doesn’t seem to be in bad enough shape—or in different enough shape—to be responsible for a sea change in attitudes. So what is it?

The obvious response is that I’m an idiot. Middle-class incomes have been sluggish for decades, while CEOs and bankers have been raking in obscene paychecks. Wages flatlined completely about 15 years ago, and then plummeted during the Great Recession. Millions of people lost their jobs for frighteningly long periods during the recession; lost their houses; and lost their dignity. Maybe things are a bit better now, but not enough to make up for nearly a decade of misery. What’s changed, then, is simply that people have finally gotten fed up.

The other obvious response is that I’m an idiot. Everyone knows that “economic anxiety” is just a wink-wink-nudge-nudge code word for ordinary racism. That’s what binds together all of Trump’s most popular positions. His supporters don’t like Asians, don’t like Mexicans, don’t like Muslims, and don’t like blacks. “China is killing us” is just a clever way to appeal to that racism in the guise of economic insecurity. Ditto for building a wall, keeping out Muslims, and “not having time for all that PC stuff.”

Yet another obvious response is that I’m an idiot. Trump’s supporters aren’t reacting to their own lived experiences so much as they’re responding to the funhouse version they hear every day from Fox and Drudge and the radio blowhards—and the Republican candidates. 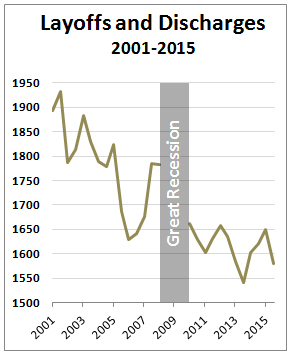 If you listened to these guys, you too would think America was just one presidential term away from moral degeneration and economic collapse.

So…I don’t know. A cold look at economic time series data suggests that the economy and the job market are humming along fairly well. Polling data suggests that most people are pretty satisfied with their lives. China and Mexico aren’t really killing us. I’m not trying to naively pretend that everything is hunky dory and Nigerian princes are all showering us in wire transfers, but the truth is that the vast majority of Americans are in tolerably good financial shape right now. Of course, Republicans are doing their best to pretend otherwise, and Democrats are inexplicably willing to go along with their dour predictions of doom. Maybe that’s enough all by itself to explain the booming business in apocalyptic stories about economic anxiety. But I still think there’s something missing here. I’m just not sure what.