I’m sort of bored with the Republican race (and the Democratic race too—about which more later) but I do wonder if a lot of Republicans are getting things fundamentally wrong. Here’s Jonah Goldberg:

The level of distrust among many of the different factions of the conservative coalition has never been higher, at least not in my experience. 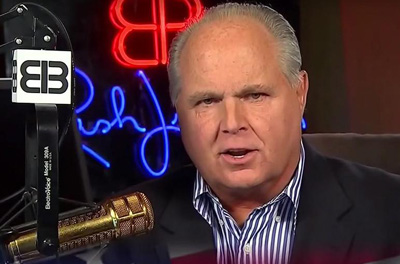 Arguments don’t seem to matter, only motives do.

Here’s Rush Limbaugh on Friday: “Forget the name is Trump. If a candidate could [guarantee to] fix everything that’s wrong in this country the way the Republican Party thinks it’s wrong, if it were a slam dunk, if it were guaranteed, that candidate will still be opposed by the Republican Party establishment…. If he’s not part of the clique, they don’t want him in there.”

In other words, the GOP establishment has become so corrupted, its members would knowingly reject a savior just to protect their comfortable way of life.

This really does get at a key part of Trump’s popularity: a lot of people believe him. Hell, I’d almost vote for him if I believed him. We’re talking about a guy who says he’s going to grow the economy at 6 percent, save Social Security, cut taxes on everyone, get rid of unemployment, crush ISIS, rebuild the military, erase the national debt, and make America great again. And the icing on the cake for conservatives is that he claims to be solidly pro-life, pro-gun, pro-religion, and in favor of nice, right-wing Supreme Court justices like Clarence Thomas. What’s not to like? A few minor deviations from movement conservatism? That’s piffle. Why are all those establishment Republicans opposed to him?

There are reasons, of course. But primary among them is that no one with a 3-digit IQ believes he can do this stuff. Lots of it is flatly impossible, and the rest is politically impossible. And if you don’t believe Trump, then he’s just a charlatan with nothing left except bad qualities: he’s erratic, narcissistic, boorish, racist, thin-skinned, ideologically unreliable, opportunistic, etc. etc. It’s pretty obvious why you’d oppose him.

So, really, it all comes down to whether you believe Donald Trump can do the stuff he says. It’s pretty plain that he can’t. So why do so many people think he can? That’s the $64 trillion question.