Today we learned more about the felony charges leveled at David Daleiden, the guy who masterminded the sting videos against Planned Parenthood. The basic charge is a misdemeanor, according to Josh Schaffer, a lawyer for Planned Parenthood in Houston:

And from a follow-up story: “It doesn’t matter if he intended to buy it,” Schaffer said, “making the request is illegal, even if an offer isn’t accepted.” 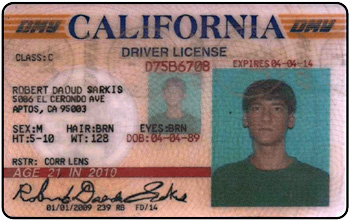 But the charge got upgraded to a felony because Daleiden used a fake ID:

Daleiden and an associate breezed past the building’s metal detector, and allegedly presented as identification a phony California drivers license with the name of an alias, Robert Sarkis. In normal cases, the use of a fake ID would not warrant felony charges….But Texas state law includes a provision that elevates this transgression—knowingly using a fake government document—to a second-degree felony if “the intent is to defraud or harm another.” The grand jury decided that Daleiden’s goal was to do just that, by using his cover story to make a covert recording designed to damage Planned Parenthood’s reputation.

So there you have it. Offering to buy fetal tissue is a misdemeanor, whether or not you actually go through with it. And using a fake government ID is a felony in Texas if you use it with intent to harm another—which Daleiden very much intended and hoped to do.

I continue to have some doubts about these charges. As much as I dislike what Daleiden did—and the egregiously deceptive videos he put together after the sting—Texas law seems to make it almost inherently illegal for a reporter or anyone else to try to expose illicit activity. That’s often going to require a solicitation to commit a crime; it’s frequently going to require some kind of bogus ID; and it’s pretty much always done with an intent to harm. But if you put those together, you’ve automatically got a felony, even if the target of your investigation turns out to be a mafia front.

I dunno. Any lawyers in the audience are invited to chime in here. Maybe I’m overstating how often these three elements come together. But somehow this doesn’t quite sit right with me.

POSTSCRIPT: I wonder why Daleiden used a fake ID with a fake expiration date of 2014 for a sting he carried out in 2015? Sloppy.