Next time you go shopping for a new cellphone plan, you’re likely to find that the options are a lot better than they were a couple of years ago. Prices are lower. You don’t have to sign up for one of those annoying two-year contracts. You’ll probably get unlimited phone calls and text messages as a standard feature — and a lot more data than before.

Why has this happened? Because for the past couple of years T-Mobile has been competing ferociously with cheaper, more consumer-friendly plans, and the rest of the industry has had to keep up. But what prompted T-Mobile to 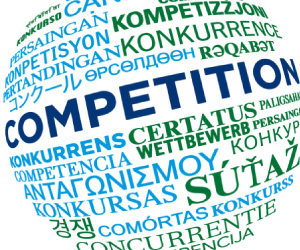 become the UnCarrier in the first place?

Back in 2011, AT&T was on the verge of gobbling up T-Mobile, which would have turned the industry’s Big Four into the Big Three and eliminated the industry’s most unpredictable company….But then the Obama administration intervened to block the merger. With a merger off the table, T-Mobile decided to become a thorn in the side of its larger rivals, cutting prices and offering more attractive service plans. The result, says Mark Cooper, a researcher at the Consumer Federation of America, has been an “outbreak of competition” that’s resulted in tens of billions of dollars in consumer savings.

After the AT&T deal fell through, T-Mobile needed a new strategy….So T-Mobile and its new CEO, John Legere, started changing a lot of things. In 2013, the company dropped the much-hated two-year contracts that had become an industry standard. It introduced a new price structure that offered unlimited phone calls and text messages as a standard feature….In 2014, T-Mobile added more goodies, including more generous data caps and unlimited international texting. It boosted its data caps once again in 2015.

Antitrust law in America has been off track for decades, and it’s time to get back on. The government shouldn’t worry about trying to gauge price levels or consumer welfare or benefits to consumers. That’s like trying to centrally control the economy: we don’t know enough to do it well even if we want to. Instead, the feds should concentrate on one simple thing: making sure there’s real competition in every industry. Then let the market figure things out. There are exceptions here and there to this rule, but not many.

Competition is good. Corporations may not like it, and they’ll fight tooth and nail for their rents. But it’s good for everyone else.