Do you notice a difference between young women and women our age in their excitement about Hillary Clinton? Is there a generational divide? 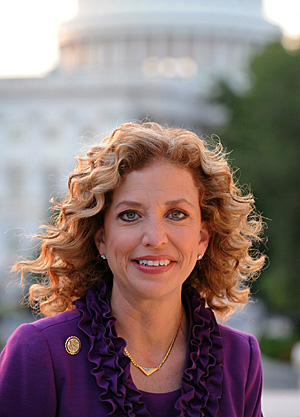 Here’s what I see: a complacency among the generation of young women whose entire lives have been lived after Roe v. Wade was decided.

I won’t even pretend that I understand this answer. Complacency about what? Abortion? Politics in general? And what does this have to do with Hillary Clinton?

Beats me. But it doesn’t really matter. Everyone assumes that DWS was talking about complacency toward abortion rights, and young feminists aren’t happy about her sweeping criticism of an entire generation. Generally speaking, though, the response has been that there are plenty of young women who work hard on abortion rights these days, which is certainly true. But DWS isn’t denying that. What she’s saying is that there are fewer young women today working hard on abortion rights. Or perhaps that they don’t have as much passion as they used to have.

That got me curious. Is this true? Is there any evidence for it? Unfortunately, I couldn’t really figure out how you might measure it. I doubt there’s any historical data on the number of abortion activists broken up by age and gender. There’s plenty of poll data on attitudes toward abortion, but that doesn’t help—and attitudes haven’t changed a lot anyway. Is there any kind of survey data (broken up by age and gender) that shows how strongly people feel about abortion rights? Or how often it’s a significant factor in voting? Not that I could find.

This isn’t really very important, and I suppose someone could just ask Wasserman Schultz to explain what she meant. But I’m still curious: is there any data at all that might point in one direction or another when it comes to generational attitudes toward abortion activism? Anyone have any ideas?