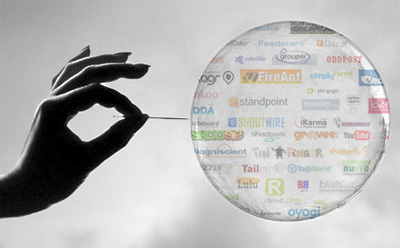 At the LA Times today, Erin Griffith comments on the latest tech bubble:

Each new report is shocking because we receive little information on the health of these private companies — we know only what they choose to share. Usually those are impressive-sounding figures like “400% revenue growth” (from what base? $1?) or a robust “revenue run rate,” a decidedly non-GAAP measurement. Worse are the totally meaningless, hard-to-contextualize stats: Start-up X has reached 5 billion “impressions” per month! (But what about profits? Does this revolutionary business model actually work? No comment.)

Needless to say, those of us who were alive 20 years ago are familiar with this. Even the terminology hasn’t changed much. Back then it was run-rates and impressions and record revenues and “decidedly non-GAAP measurements” too. You’d think we might have learned something from that. I mean, say what you will about our 17th century ancestors, but at least they didn’t have a second tulip bubble in 1657.

That’s not fair, of course. This is more like the railroad mania of the 19th century: genuinely useful technology that got out of hand and produced plenty of fraud and speculation to go along with a transportation revolution that changed the world. Still, you’d think we would have learned something from that, too.