Today Jon Chait writes what must be about the millionth blog post explaining that nearly all conservative criticisms of Obamacare are wildly cherry-picked and intentionally deceptive. In fact, Obamacare is doing pretty well. Not that it matters. Nothing Chait says will have any effect because conservatives just don’t care. Obamacare is bad because it taxes rich people and provides health care to poor people. All the rest is just chaff.

Take this paragraph, for example. It’s about the Cadillac Tax, which partially removes the tax-exempt status of high-end health plans as a way of trying to rein in costs. It was supposed to take effect in 2018, but it’s now 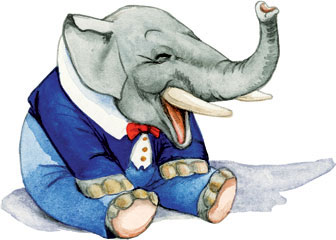 been moved out to 2020 because everyone1 hates it:

As bad as this news is for Obamacare, it’s absolutely catastrophic for Obamacare replacements. Every Republican plan to replace Obamacare relies on the same financing mechanism: limiting or repealing the tax break for employer-sponsored insurance. The Cadillac Tax is a smaller, more painless version of this same policy. If both parties can’t abide a partial rollback of the tax break for the most expensive health plans, they’re never, ever going to go along with eliminating the entire tax break for all health plans. The conservatives cackling over the demise of the Cadillac Tax are delusional — it’s as if they’re watching the backlash against the Iraq War in 2008 with fingers tented, anticipating that this will encourage war-weary Americans to support a land invasion of Russia. The bipartisan support for maintaining the tax break for employer insurance will hurt Obamacare, but it can survive. The Republican plans to replace it would all be wiped out.

This would be a devastating point—if all these conservative plans were actually serious. They aren’t. Republicans haven’t the slightest intention of ever enacting any of them. Their opposition to the Cadillac Tax doesn’t show that they’re delusional, it just shows that they’ve never taken their own plans seriously and couldn’t care less if any of them ever see the light of day.

1Except for health wonks. But nobody cares about them.