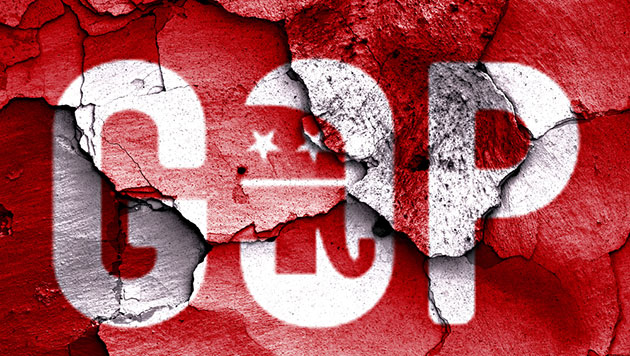 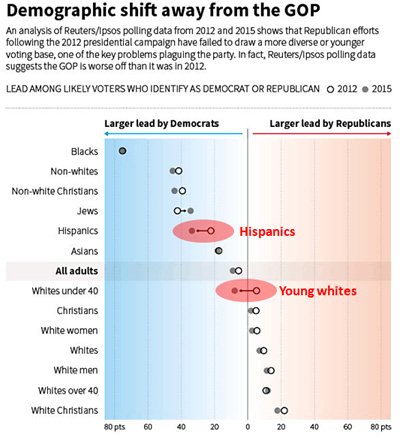 Here’s an interesting poll analysis from Reuters. It shows demographic shifts since the 2012 elections, and it turns out that most groups are pretty stable. There are three exceptions. On the plus side for conservatives, Jews have become slightly more Republican. But on the minus side, Hispanics and young whites have become significantly more Democratic.

Hispanics are no surprise. Republicans have spent the past three years loudly opposing comprehensive immigration reform and playing “can you top this?” when it comes to border security. Then along came Donald Trump, with his murderers and rapists and his big, beautiful wall. The only surprise here is Hispanics haven’t moved further away from the Republican Party.

But it’s certainly odd that Republicans are losing both Hispanics and young whites. Or maybe not. Older whites are generally attracted to traditional conservative values and the vague racial dog whistles that Republicans specialize in. But younger whites are probably turned off by social troglodytism—especially anti-gay animus—and don’t respond to the dog whistles one way or another. So they’re leaving.

I guess it’s time for yet another Republican post mortem that they can then proceed to ignore. Why wait until after the election, after all?