In France last week, a bill was signed into law requiring that models show their employers a doctor’s note certifying they’re of a healthy weight….The statute also demands that magazines explicitly indicate any photographs 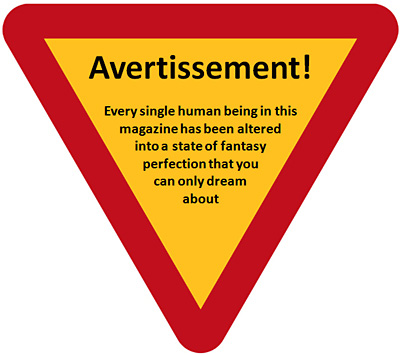 that have been altered with an editing program, like Photoshop.

….Studies have shown that, out of all Western Europeans, French women have the lowest BMI, at 23.2. With 11 percent of French women considered “extremely thin,” the government has spent the better part of 2015 trying to curb its anorexia epidemic. In March, the country passed legislation criminalizing “pro-anorexia” and “thinspiration” websites, promising to slap perpetrators with a €10,000 fine ($10,800) and one year in prison.

France isn’t the first country to impose such a law. In 2012, Israel banished too-thin models from starring in advertisement photos. Similar measures were undertaken in Spain and Italy in 2006, where underweight models are now prohibited from walking the catwalk in fashion shows.

I knew about the new law in France that requires a doctor’s note for models, but I had no idea about the rest of this stuff. The Photoshop thing is certainly intriguing. I wonder if French fashion magazines will start putting notices on every photo, or if they can get away with a single big warning in the Table of Contents?