To an almost comical degree, Americans consistently evaluated their own personal lives and relationships as higher-quality than those of Americans writ large.

When married respondents were asked whether they believed their own marriage had gotten better or worse over the previous two years, 43 percent said stronger, 49 percent said about the same and only 6 percent said weaker.

But when those same people were asked about U.S. marriages generally, the responses flipped: Just 5 percent said they generally were getting stronger, 40 percent said about the same and 43 percent said weaker.

We see this all over the place, of course. Schools are terrible, but my local school is pretty good. Congress is hopelessly corrupt, but my representative is great. Rampell, however, thinks this is a widespread phenomenon, and it’s responsible for the dysfunction of our political system:

In a country that has become not just polarized, but also atomized; in which we root unwaveringly for our own political “teams” composed of those who look, think, vote and raise children exactly as we do; and in which we treat opposing viewpoints as motivated by malice or stupidity rather than honest disagreement, perhaps it is not so surprising that so many Americans have come down with a serious case of dictator 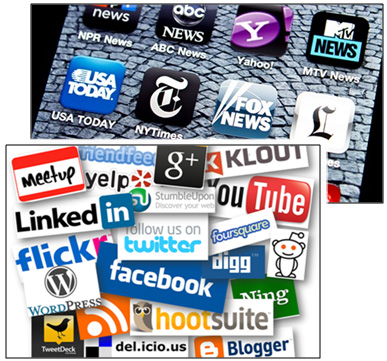 envy, a longing for a political strongman (such as, say, Donald Trump) who will put our neighbors in their place and skirt the pluralistic niceties and nonsense of democracy.

I guess it was inevitable that this piece would somehow end with Donald Trump, since he’s the ultimate mystery to my tribe of hypereducated lefties. Still, Rampell’s point stands without him: if America’s two major tribes think the other tribe is not merely wrong, but dangerous and morally degenerate, democracy gets a lot harder. After all, the underlying prerequisite of democracy isn’t elections, it’s the peaceful transfer of power. But that only happens if both sides consider the other fundamentally legitimate and neither side fears destruction when the other side governs. If you think that Republicans are trying to enslave women’s bodies or that Democrats are secretly in league with Islamic jihadists, that peaceful transfer of power gets harder and harder.

We’re nowhere near to losing it, and the political polarization we feel today isn’t unique in American history. Unfortunately, modern media, both traditional and social, amplifies this polarization. If you watch Fox and MSNBC, you’d barely recognize that they were reporting about the same country. I come across this frequently myself when I hear about some new conservative complaint and find myself completely befuddled. What is that all about? A bit of googling usually provides an answer, and by the time it hits the blog it sounds like I’ve known about it all along. But often I haven’t. It’s been reported widely in B-list conservative outlets, but I’m pretty oblivious to those. Conservatives, however, have been getting increasingly riled up about it for months or years.

I’m perhaps not as worried about this as Rampell. Still, it’s disconcerting to know that there are so many people in both tribes who socialize solely within their own tribe and basically think of those outside it as either laughable or dangerous. It may not be the downfall of the nation, but it’s pretty unhealthy.