This happened last Friday and I completely missed it:

Six years after legislation to encourage end-of-life planning touched off a furor over “death panels,” the Obama administration issued a final rule on Friday that authorizes Medicare to pay doctors 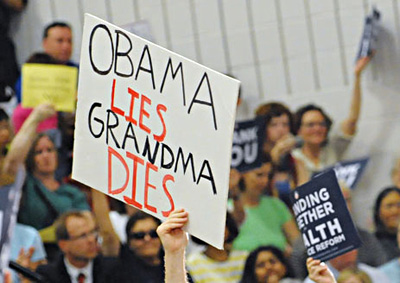 for consultations with patients on how they would like to be cared for as they are dying.

The administration proposed the payments in July, touching off none of the rancor that first accompanied the idea during debate on the Affordable Care Act in 2009….“We received overwhelmingly positive comments about the importance of these conversations between physicians and patients,” Dr. Conway said. “We know that many patients and families want to have these discussions.”

Huh. It turns out that Republicans never really had any problem with this at all.1 I guess that whole “death panel” thing was just a big misunderstanding. The Wall Street Journal explains what happened:

Since 2010, legislation that would allow reimbursements to physicians for advance planning discussions has gained bipartisan support….The climate has changed in part because of lobbying and education campaigns by medical groups.

Yeah, that must be it. I’m glad we got that straightened out.

1Except for Sarah Palin, of course, who offered her familiar common-sense take: “Government needs to stay the hell out of our ‘end-of-life’ discussions,” she said in a long, um, commentary on Facebook. “I’m so angry at democrat and republican politicians who just rolled their eyes when I, and many others, rose up with warnings that each step forward taken by champions of this socialist program would jerk back two steps from every free American and our God-given rights.” Etc.