Tonight’s Republican debate starts up at 9 pm Eastern.1 One of the moderators has some advice for the candidates:

Fox Business Network anchor Maria Bartiromo believes the Republicans are not helping themselves by whining about the moderators at the primary debates. “President Obama said it, and it was true,” she said during a conversation at the FBN offices in midtown Manhattan a few days before she takes the 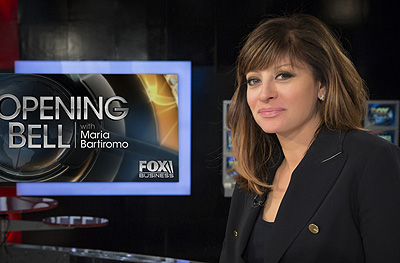 stage for the channel’s Nov. 10 primary debate in Milwaukee. “If these guys can’t deal with the moderators, how are you going to be able to deal with Russia and China?”

“I guess it’s become cool to slap around the moderator. That’s OK,” said Bartiromo….Her approach will include pressing the candidates for details on their tax and budget proposals. “I’m clear on where the holes may be in their plans so I can try to solicit information and help the viewer,” she said. “As far as worrying ‘what if he says this to me, what if he does that to me’ — I don’t have time for that.”

Amusingly, both of the moderators of tonight’s debate used to work for CNBC, which got trashed by Republicans for its performance a couple of weeks ago. So they have an extra special incentive to show that they can do better.

Anyway, I’m eager to hear Bartiromo press the candidates on their phantasmic tax and budget proposals, and I’m especially eager to hear her ferociously attack the holes in their plans. I wonder how that’s going to go?

1Of course I’ll be liveblogging it. What else would I be doing with my evening? First, though, I need to figure out what channel my cable provider has consigned the Fox Business Network to. For those of you who don’t get FBN, they will be livestreaming the debate on FoxBusiness.com. No cable subscription required.