Matt Richtel has an intriguing article today in the New York Times about electric cars. The question is: why aren’t they selling better? Is it because they have weak performance? Because they can 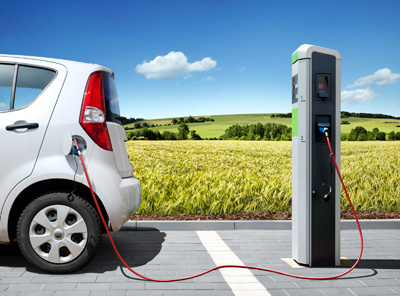 only go a hundred miles on a charge? Because they’re expensive?

Those are all issues.1 But it turns out that people who want to buy an electric car anyway have a hard time getting dealerships to sell them one:

Kyle Gray, a BMW salesman, said he was personally enthusiastic about the technology, but…the sales process takes more time because the technology is new, cutting into commissions….Marc Detsch, Nissan’s business development manager for electric vehicles said some salespeople just can’t rationalize the time it takes to sell the cars. A salesperson “can sell two gas burners in less than it takes to sell a Leaf,” he said. “It’s a lot of work for a little pay.”

He also pointed to the potential loss of service revenue. “There’s nothing much to go wrong,” Mr. Deutsch said of electric cars. “There’s no transmission to go bad.”….Jared Allen, a spokesman for the National Automobile Dealers Association, said there wasn’t sufficient data to prove that electric cars would require less maintenance. But he acknowledged that service was crucial to dealer profits and that dealers didn’t want to push consumers into electric cars that might make them less inclined to return for service.

I suppose this makes sense. And to all this, you can add the fact that none of these cars can fly. There are so many hurdles to overcome before we make it into the Jetson’s future we were all promised.

1We are, of course, talking about the non-Tesla market here.