Tonight we bid sadly adieu to daylight savings time. That means this is also the time of year for a spate of stories about whether daylight savings time makes sense. Sure, you get more daylight, which cuts down on lighting bills, but it’s colder in the morning, which increases heating bills. But wait! There’s more time for golf, and that helps the economy. Etc. Economists have conducted ever more sophisticated natural experiments about this, and the 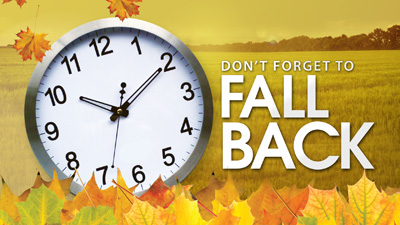 But now we have a new study. The authors ditch the whole economic benefit argument and instead justify DST based on lower crime rates:

They found that “when DST begins in the spring, robbery rates for the entire day fall an average of 7 percent, with a much larger 27 percent drop during the evening hour that gained some extra sunlight.” The mechanism that might cause this drop is fairly simple: “Most street crime occurs in the evening around common commuting hours of 5 to 8 PM,” the authors write, “and more ambient light during typical high-crime hours makes it easier for victims and passers-by to see potential threats and later identify wrongdoers.”

The authors do provide an estimate of the economic benefit of this reduction in crime, and they peg it at several billion dollars per year. They’re economists, after all, so I guess they feel obligated.

But forget that. The DST haters will just come up with some reason why making kids wait for the school bus in the dark costs several billion dollars. Nobody will ever win this game. Instead, just focus on the crime. Everybody wants less crime, and the anti-DST forces are never going to come up with an answer to this. What kind of crime could possibly go up because of daylight savings time? White-collar theft?

So we win! Assuming “we” are all the righteous lovers of year-round DST. More daylight savings time, less crime. It’s a winner.