Last week the Bureau of Prisons removed pork from its menus, supposedly because pork had become less popular among inmates. Also, it was getting expensive. 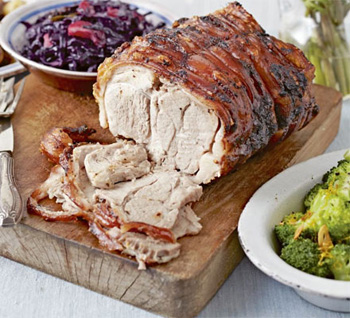 In the case of bacon, this is a little hard to believe. Everyone loves bacon. Still, who cares about a bunch of felons, anyway? Republicans, it turns out. In particular, a Republican from the great pig-producing state of Iowa:

“The pork industry is responsible for 547,800 jobs, which creates $22.3 billion in personal incomes and contributes $39 billion to the gross domestic product,” Sen. Charles E. Grassley (R-Iowa) wrote in a letter Thursday to Bureau of Prisons Director Charles E. Samuels, Jr.

….“According to a spokesman for the Bureau of Prisons, the decision was based on a survey of prisoners’ food preferences that reflected that pork has been the “lowest-rated food” by inmates for a number of years.

“To corroborate the validity of the claim that prisoners indicated a lack of interest in pork products, I am requesting copies of the prisoner surveys and responses that were used to support the determination to no longer serve pork in federal prisons….The Bureau of Prisons’ spokesman indicated that pork was expensive to provide. Please provide any economic evaluations the Bureau of Prisons has relied on that detail the cost of pork as compared to beef, chicken, and non-meat products such as tofu and soy products.”