This cracks me up. A few minutes ago Wolf Blitzer brought on Rep. Michael McCaul, chairman of the Homeland Security committee, and asked him a question 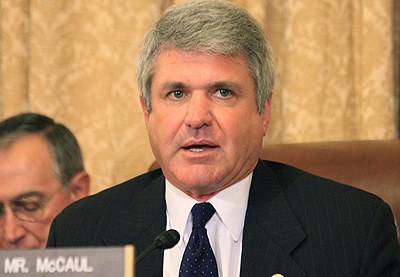 about WikiLeaks getting hold of CIA Director John Brennan’s private email account. McCaul nattered on for a bit about the OPM breach a few months ago, and then said this:

McCaul: I wouldn’t be surprised if China was behind this one.

Blitzer: Behind this one? Because it seems like this hacker claims to be under 22 [McCaul starts to appear a bit puzzled and deep in thought] a young kid who’s stoned all the time. You think that—

McCaul: Oh yeah yeah yeah, I apologize, you’re correct about that. This was a young, sort of anonymous type figure, that did claim to be stoned at the time he did that, which is remarkable given what he accomplished.

Two things. First, do you notice how McCaul just sort of defaults to hacker —> China? This should give us something of a clue about how Republicans process this stuff.

Second, this 22-year-old stoner hacked an AOL account. That’s not especially remarkable. Apparently McCaul also defaults to hacker —> supergenius. Quite a guy to have in charge of homeland security.