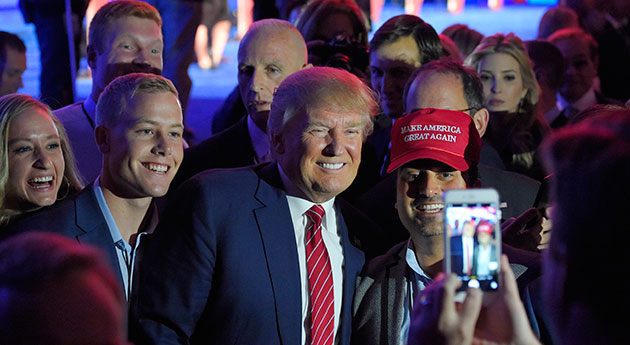 I’m used to politicians fudging and tap dancing during debates. All part of the game. But the number of flat-out lies in tonight’s debate was pretty stunning. Here are the four that stood out. 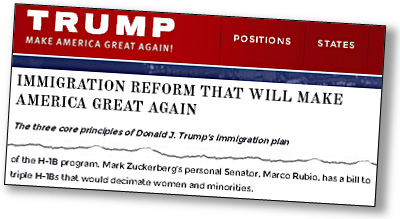 First up is Donald Trump:

QUICK: I think you called him [Marco Rubio] Mark Zuckerberg’s personal senator because he was in favor of the H1B.

Trump said exactly that in his own immigration plan. Maybe he never read it. It’s right here.

Next we have Carly Fiorina:

FIORINA: We have 400,000 small businesses forming every year in this country. How great is that? They are employing themselves, they are potentially employing others. The bad news is, we have 470,000 going out of business every year. And why? They cite Obamacare.

QUINTANILLA: This is a company called Mannatech, a maker of nutritional supplements, with which you had a 10-year relationship. They offered claims that they could cure autism, cancer, they paid $7 million to settle a deceptive marketing lawsuit in Texas, and yet your involvement continued. Why?

CARSON: Well, that’s easy to answer. I didn’t have an involvement with them. That is total propaganda, and this is what happens in our society. Total propaganda.

Carson wasn’t on Mannatech’s board or anything, but he sure seems to have done a bit more for them than just a paid speech or two.

HARWOOD: The Tax Foundation, which was alluded to earlier, scored your tax plan and concluded that you give nearly twice as much of a gain in after-tax income to the top 1 percent as to people in the middle of the income scale. 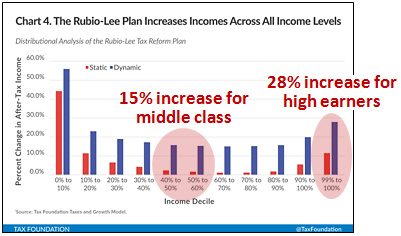 HARWOOD: Senator, the Tax Foundation said after-tax income for the top 1 percent under your plan would go up 27.9 percent…And people in the middle of the income spectrum, about 15 percent.

RUBIO: Yeah, but that—because the math is, if you—5 percent of a million is a lot more than 5 percent of a thousand. So yeah, someone who makes more money, numerically, it’s gonna be higher. But the greatest gains, percentage-wise, for people, are gonna be at the lower end of our plan.

I dunno. Everyone seems to have internalized the fact that you can say anything you want at a televised debate, and only a tiny fraction of the audience will ever see a fact-check. So why not claim the moon is square?