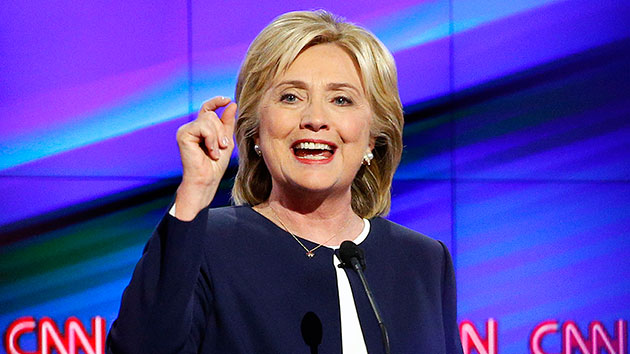 Now it’s time to take a look at the Democratic side of the presidential race. Obviously nobody cares about Webb, O’Malley, or Chafee, so let’s zero in on Clinton and Sanders. Who won Tuesday’s 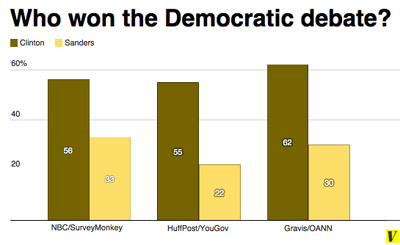 debate? Andrew Prokop summarizes the early polls in the chart on the right.

Now, these results are fairly consistent with Bernie supporters thinking Bernie won and Hillary supporters thinking Hillary won—plus a few extra for Hillary. We’ll have to wait for the big national polls to see if the debate actually changed support levels much for either of them. At a rough glance, though, it looks as if most of the folks who prefer Joe Biden in the polls ended up choosing Hillary when the choice was limited to just her and Bernie.

This makes sense ideologically, since Biden and Clinton occupy pretty similar niches, and it makes sense from a name recognition standpoint too. But I’d point out one other thing that we political junkies might miss: Bernie Sanders can sometimes come across on TV as loud and angry. We’re all so used to his speaking style that it doesn’t affect us much, but for people tuning in for the first time, it might have been fairly off-putting. I don’t know if likely Democratic voters feel the same way, but they might. Just a thought.