This may not be politically correct, but I think that there was a big part of this investigation that was designed to go after people and an individual, Hillary Clinton.

Hanna supports gay rights, so I suppose that basically makes him a Democrat who can be ignored on this subject. Still, the evidence that Republican leaders viewed the committee as mostly a way of making trouble for Hillary Clinton is sure getting tough to dismiss. Greg Sargent comments on how Team Hillary is exploiting this:

It isn’t just that Clinton is using the new GOP quotes to tar it as a partisan exercise and attack its credibility, though that is a key goal….The idea is to turn the ongoing Benghazi battle with Republicans into an emblem of 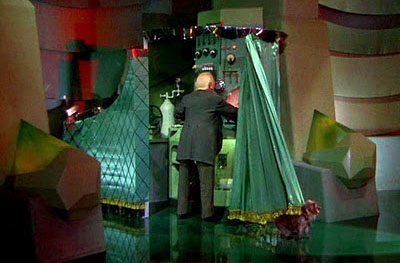 her willingness to fight on in the face of determined opposition — thus playing to one of her strengths, i.e., perceptions of her tenaciousness.

Maybe. But I’d say there’s something else at work here. Do you remember Mitt Romney’s big problem back in 2012? He was perceived as too moderate by the base of the Republican Party. He addressed this by endlessly making over-the-top attacks on President Obama. The calculus was simple: the base hated Obama more than they distrusted Romney, so he could gain their trust by showing that he hated Obama more than anyone else.

Hillary is playing a similar game here. The Democratic base distrusts her, but they hate Republicans more than they distrust Hillary. By making it clear that she’s the primary target of Republican attacks, she’s tapping into that. If Republicans hate her more than anyone, she must have something going for her. Plus there’s just the Pavlovian instinct to defend any Democrat against Republican attacks. The enemy of my enemy is my friend.

Republicans have screwed the pooch on Benghazi. The press can only play along with their faux investigation as long as they maintain plausible deniability about its partisan goals. But now we have (a) Kevin McCarthy spilling the beans, (b) news reports that John Boehner wanted to use the committee to attack Hillary, (c) Richard Hanna agreeing that it was mostly a partisan witch hunt, and (d) no less than the New York Times reporting that the committee has all but given up on Benghazi in favor of holding hearings on Hillary’s email server. We knew all along there was a man behind the curtain, but now he’s actually been exposed. It’s getting harder and harder to play along with the charade.