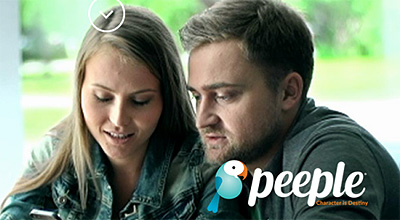 It’s about time we had a rigorous, quantitative way of telling our friends what we really think of them. Meet Peeple, coming soon to a smartphone near you:

When the app does launch, probably in late November, you will be able to assign reviews and one- to five-star ratings to everyone you know: your exes, your co-workers, the old guy who lives next door. You can’t opt out — once someone puts your name in the Peeple system, it’s there unless you violate the site’s terms of service. And you can’t delete bad, inaccurate or biased reviews — that would defeat the whole purpose.

Sounds like a libel suit waiting to happen, doesn’t it? Exciting! In any case, here’s the deal: When Peeple launches, I want every one of you to download the app and rate me with one star. Zero stars if possible. For a brief moment, I want to be the worst person in the world. This will be my 15 minutes of fame.

Unfortunately, I know my readers. You probably think this sounds like a hoot, but you’re too lazy to actually do it, aren’t you? I guess I don’t blame you. I am too.

Oh well. But one more thing before I end this post. According to Caitlin Dewey, “You can already rate restaurants, hotels, movies, college classes, government agencies and bowel movements online.” Bowel movements? Well fine. I would give today’s four stars. No, wait. Five stars. It was pretty excellent.

POSTSCRIPT: There’s already an app-enabled camera for your front door called Peeple, a poorly-reviewed Tyler Perry movie called Peeples, a kids’ toy called Creeple Peeple, and a “urine-induced art” package called Peeple (you put the peeple in urinals, and they slowly lose their clothes as you pee on them). These guys couldn’t think of a more unique name for their ridiculous app?

ANOTHER POSTSCRIPT: I sure hope we’re allowed to change our ratings in this app. When some little rat bastard of a “friend” refuses to let me borrow his lawnmower, I want an easy way to punish him.