For some reason, I’ve been a whirlwind of blogging activity over the past week or two. Don’t ask me why. Partly, though, I think it’s because it’s so hard to take anything seriously lately. It’s all Donald Trump and Kim Davis and dumb tax plans and other political theater. So I’ve ended up writing lots of short, not-entirely-serious posts about things that amuse me. That’s pretty much all I can find.

Take my lunch break today. I learned two things. First, I like Round Table pizza and I wish my local store hadn’t closed. Second, Republicans have a shiny new plan for dealing with their inevitable defeat on the Iran deal. Max Fisher explains the latest outbreak of serious governing from today’s Republican Party:

The new hotness among Republicans is that they shouldn’t bother voting to disapprove of the Iran nuclear deal, and instead should vote for a resolution that, according to Politico’s Jake Sherman, “would delay a disapproval vote because they believe Obama has not disclosed some elements of the deal.”

….Republicans, in this new plan, would argue that President Obama didn’t live up to his promise to fully inform Congress about the Iran nuclear deal….The alleged “secret side deal” is an agreement between the International Atomic Energy Agency (the UN nuclear watchdog) 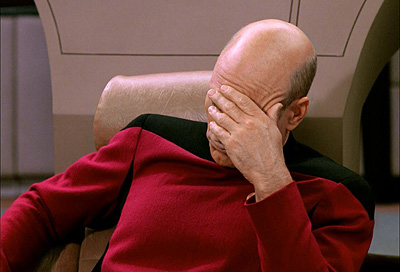 and Iran over how the IAEA will conduct certain inspections and verification procedures of Iranian facilities.

The IAEA has such agreements with every country where it works….It is not a “side deal,” nor is its existence secret; the nuclear deal requires the IAEA to monitor Iranian facilities, so naturally the IAEA was going to work out the logistical details of that with Tehran. As nuclear experts Mark Hibbs and Thomas Shea explained recently in the Hill, anyone with the most basic knowledge of the IAEA understands that this is how it works, and that this secrecy ultimately helps the IAEA — and thus the US — against Iran’s nuclear program.

….The controversy is thus by definition impossible to resolve. And that’s precisely the point….The future of Republican opposition to the Iran nuclear deal will thus probably look something like the never-ending political circus over the Benghazi attacks. There will be various conspiracy theories and outrage stories that will live on for years in right-wing media long after they have been debunked. You will hear about “Obama’s secret side deal with the IAEA” from at least one family member at Thanksgiving.

It’s hard to work up the energy to write about this stuff seriously. It just doesn’t deserve it. It’s transparent political theater designed to feed the outrage machine, and it’s apparently getting more attention from Republicans than passing a budget, which they have only a few days to finish up. And even if they do eventually get around to the budget, it promises to be merely another round of political theater as tea partiers vie to force a government shutdown instead.

So what’s a hardworking political blogger to do? Relax and figure that this too shall pass, I suppose. In the meantime, it’s gonna be a long campaign.