If interest rates are 0 percent but inflation is running at 2 percent, then your real interest rate is -2 percent. It’s easy to see how this works. If you borrow $100 for one year, then not only do you pay no interest on the loan, but you get to pay it back with dollars that are worth less. That’s a bargain.

But maybe it’s not enough of a bargain. If the economy is in really weak shape, even -2 percent might be high enough to make you think twice before borrowing to build a new factory that could end up laying idle and costing you a bundle. Maybe it would take -4 percent to get you off your butt. 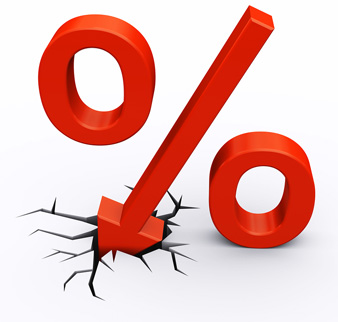 agrees that this would be a good idea. Here is Brad DeLong:

I…find myself disturbed by a division in the ranks of those of us economists who I think have some idea of what the elephant in the room is. Some of us—Rogoff, Krugman, Blanchard, me—think our deep macro economic problems could be largely solved by the adoption and successful maintenance of a 4%/year inflation target in the North Atlantic. Others—Summers, Bernanke—do not. They appear to think that a strongly negative natural real safe rate of interest (there’s at mouthful!) will cause significant problems even if 4%/year inflation allows a demand-stabilizing central bank to successfully do its job without hitting the zero lower bound.

Generally speaking, I’m in DeLong’s camp. But here’s my question: what makes him think that the Fed can engineer 4 percent inflation right now? And what would it take?

I ask this because it’s conventional wisdom that a central bank can engineer any level of inflation it wants if it’s sufficiently committed and credible about it. And that’s true. But my sense recently has been that, in practice, it’s harder to increase inflation than it sounds. The Bank of Japan has been trying to hit the very modest goal of 2 percent inflation for a while now and has had no success. Lately it’s all but given up. “It’s true that the timing for achieving 2 percent inflation has been delayed somewhat,” the BOJ chief admitted a few months ago, in a statement that bears an uncomfortable similarity to the emperor’s declaration in 1945 that “the war situation has developed not necessarily to Japan’s advantage.”

So I’m curious. Given the current state of the economy, what open market operations would be required to hit a 4 percent inflation goal? How big would they have to be? How long would they have to last? What other extraordinary measures might be necessary? I’ve never seen a concrete technical analysis of just how much it would take to get to 4 percent. Does anybody have one?