The Social Security disability fund is running out of money, so Congress has to do something. But what? A simple reallocation of money from the main retirement trust fund is the usual solution, but Republicans are dead set against it this 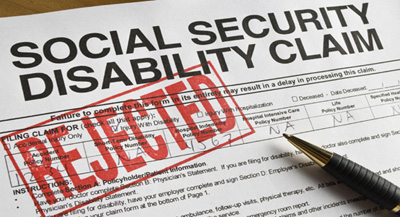 time. Unfortunately, they can’t figure out what to do instead. Dylan Scott:

Lawmakers are planning to package some disability reforms together, but whatever bill Congress comes up with won’t do enough quickly enough to fix the program’s finances and stop the cut. So they’ll have to move some money around to avert a crisis. According to lawmakers, aides, and other sources, one of the options being seriously considered is what’s known as interfund borrowing: The much-bigger retirement fund would loan money to the disability program.

And because the disability fund would have to pay the money back, it would set the stage for another debate about Social Security in the near future. A loan would give Congress the ability to effectively set a date for when Social Security’s disability program would need to be addressed again, which is part of the appeal to Republicans, and many in Washington think that would lead to a broader conversation.

So a loan would prevent the cut and serve a future political purpose. But that’s also why the tactic is likely to be met with resistance from many Democrats and outside lobbying groups.

I guess I’m a little surprised by this, but maybe I shouldn’t be. The obvious purpose of this is to pass a quick patch so the issue doesn’t have to be addressed in mid-2016, right in the middle of a presidential campaign. Just give the disability fund another 12 months of money and then the whole thing can be shoved into 2017.

For some reason, I thought Republicans would welcome a showdown over the disability program during campaign season. The fact that they don’t suggests they know that cutting disability benefits is a political loser. Better to do it when the spotlight isn’t shining quite so brightly. Plus there might be a Republican in the White House by 2017. Maybe that’s part of their thinking too.

Or maybe this is just like the Highway Trust Fund or the doc fix or a dozen other programs that Republicans can never figure out how to handle thanks to their theological insistence that spending more money sometimes requires higher taxes. When you take that off the table, even small budget shortfalls turn into nightmare crises. This is yet another one.