Katha Pollitt cringed when she saw Planned Parenthood president Cecile Richards apologizing for the “tone” of the doctors caught in secret videos last month discussing the distribution of fetal tissue for medical research. Why, she asks, are abortion supporters so often in a defensive crouch?

One reason is that “we fall in with messaging that unconsciously encodes the vision of the other side.” We talk about “agonizing” choices and fetal abnormalities, instead of just frankly defending the idea that most abortions are voluntary and are made for the simplest of reasons: because the mother didn’t want a child at that particular time. “When we gloss over these truths we unintentionally promote the very stigma we’re trying to combat. What, 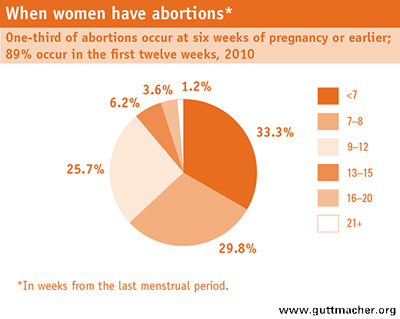 you didn’t agonize? You forgot your pill? You just didn’t want to have a baby now? You should be ashamed of yourself.”

But there’s also a second reason:

Too many pro-choice people are way too quiet. According to the Guttmacher Institute, nearly one in three women will have had at least one abortion by the time she reaches menopause. I suspect most of those women had someone who helped them, too — a husband or boyfriend, a friend, a parent. Where are those people? The couple who decided two kids were enough, the grad student who didn’t want to be tied for life to an ex-boyfriend, the woman barely getting by on a fast-food job? Why don’t we hear more from them?

It’s not that they think they did something wrong: A recent study published in the journal Psychological Medicine finds that more than 95 percent of women felt the abortion was the right decision….It is understandable that women who have ended pregnancies just wanted to move on. Why should they define themselves publicly by one private decision, perhaps made long ago? I’ll tell you why: because the pro-choice movement cannot flourish if the mass of women it serves — that one in three — look on as if the struggle has nothing to do with them. Without the voices and support of millions of ordinary women behind them, providers and advocates can be too easily dismissed as ideologues out of touch with the American people.

There’s an analogy here to the gay rights movement. As long as gays stayed largely closeted, it was easy for most people to think there weren’t very many of them, and anyway, the few who were out there were in distant places like San Francisco and New York City. As more and more gays came out, that view was forced to fade away. The guy you chat with at the gas station is gay? The woman who’s been checking you out at the grocery store for the past ten years? Huh. They seem pretty unthreatening.

The same is true of abortion. It’s easy to assume that most abortions are provided not to your kind of people, but to others who can be easily ignored or stigmatized. Inner city welfare recipients. Irresponsible teenage girls. Careless slackers who can’t be bothered to refill their prescriptions. But when it turns out your next-door neighbor had an abortion? Or the waitress at the diner you go to for lunch? Or your doctor? Then it gets a little harder to think of it as something unusual and sort of icky. It’s just something people do.

The difference, of course, is that having an abortion isn’t a permanent lifestyle. Gays had a lot of incentive to come out: it meant they didn’t have to live a lie every day. But abortion rarely comes up in casual conversation. Keeping it private isn’t really much of a burden. So why bother telling everyone?

Because Pollitt is right: everyone needs to know. Aborting a fetus isn’t murder. It’s not something to be ashamed of. It’s something to do if you get pregnant and don’t want a child at the moment. That’s it. And more people need to know it.