Jim Pethokoukis muses again today about the relative success of tech startups in America vs. Europe. He notes that apparently Europe is getting better in this regard, but still lags the US, and offers a few conventional reasons for the US advantage (plenty of capital, lots of talent, risk-loving culture, etc.) and then adds a few other possibilities from comments. This one in particular struck me:

Startups need customers. My experiences is American businesses are generally more likely to take a chance on a new company’s product if they think it will be advantageous, even if that company might not be exactly stable. I say generally, because it is certainly not universal. I was in the past deeply involved with another startup in the U.S. that generated most of its revenue from the UK for its first several years because for this particular market the major players in the UK were more change-seeking than their counterparts in the US. Ironically, this was largely because 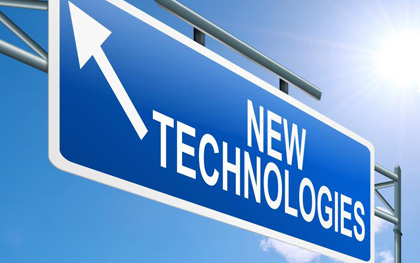 we addressed some pain points related to labor and energy that were not as painful for similar companies in the U.S.

Back when I was in the tech biz, we introduced a new version of a product we’d been selling for several years. It was already reasonably successful in Europe, though still a bit of a tougher sell than in the US. But the new version was a problem. It worked well. It introduced new capabilities that were pretty useful. And it was basically just a plug-in to the original product. All of that was fine. The product itself was not the problem. Its name was the problem.

No, this is not a funny story about accidentally naming something “cow dung” in Croatian. It was all in English. The problem was this: our new product added the ability to support remote users via the internet, so we called it AC Internet Server (AC being the original product name). Our European distributors and sales force were aghast. They told us no one would buy it if it had “Internet” in the name.

We in marketing were nonplussed. This was 1999, not 1990. Everyone wanted internet versions of existing products. Hell, they wanted them even if internet connectivity didn’t make sense for a particular product. It was hot and new. When we were brainstorming names for the new product, we were willing to consider just about anything. The only rule was that “Internet” had to be in the name somewhere.

But in Europe—in 1999—they wanted no part of that. To them, the internet didn’t suggest hot and new. We were told in no uncertain terms that it suggested fragile and unreliable.

Now, in retrospect, you can certainly argue that Americans went overboard on all things internet in the late 90s. But even in retrospect, I’m still gobsmacked that a lot of large European companies were unwilling to get on the bandwagon at all. Not for anything mission critical, anyway. And this despite the fact that internet connections were roughly as good and as cheap in Europe at the time as they were in the US. This wasn’t a problem of outdated infrastructure.

But there you have it. European companies do seem to be less willing to roll the dice and try something new that might not be fully ready for prime time. Americans, for better or worse, seem almost gleeful about it. Sometimes that spells disaster. But over the long run, it means that (a) our startups do indeed have a bigger pool of potential buyers and (b) new technology gets a quick trial by fire and then gets adopted rapidly if it works. Even when this produces lots of epic failures like pets.com, it probably works out better for everyone in the long run.