There’s a fundamental truth in Republican politics that I hope will someday stop being true: there’s rarely any percentage at all in proclaiming oneself as a moderate.

That’s not because there are no self-identified moderate voters in the GOP; as of January of this year, according to Gallup, 24% of GOP voters fall into that category. But the dominant conservative faction in the party just cannot tolerate leaders who don’t share The True 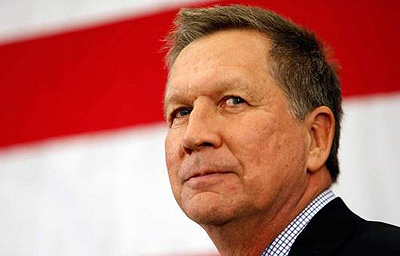 Faith, so unless one aims at capping one’s support at about one in five Republicans, it’s a bad idea to Go There.

There’s a weird thing about this. Kilgore is right that there’s no percentage in proclaiming yourself a moderate. But there is a big percentage in being a moderate. That’s because those Gallup numbers are misleading. Sure, 70 percent of Republicans say they’re conservative, but that hides a lot of variation. There are tea-party conservatives, social conservatives, and business conservatives. In practice, a fair number of the non-tea partiers are relatively moderate.

My guess remains the same as it was in 2012: Roughly half of GOP voters are effective moderates. That’s why Romney won. While the rest of the field competed like starved piranhas for scraps of the True Believer vote, Romney hammed it up as a conservative to protect his flanks, but with enough of a wink and a nod to quietly scoop up most of the moderate vote. And that put him way ahead of everyone else.

Jeb Bush is in the same position this year. The difference is (a) he’s a Bush, and (b) he doesn’t necessarily have the moderate voters all to himself. There are guys like Kasich who might peel off a bit of it, but more troubling for Bush is that Scott Walker may end up competing for the moderate vote too. So far he’s not showing signs of doing it very well, but that could change. If it does, we could easily end up with Bush, Walker, and one of the tea partiers beating each other bloody well into spring.