Another day, another video hit job on Planned Parenthood. Apparently the strategy here is to release new videos every three or four days and hope that mere repetition is enough to convince people that something—something—must 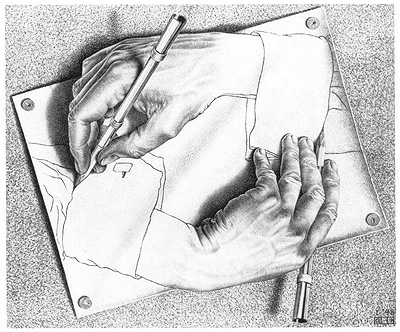 be wrong here. Over at National Review, Ian Tuttle is disturbed:

At the 10:22 mark of the Center for Medical Progress’s latest video, released today, there is a picture of a hand. By the curve of the thumb and the articulation of the fingers, one can see that it is a right hand. It was formerly the right hand of an 11.6-week-old fetus; it is now part of the various organic odds and ends being sifted through on a plate in the pathology lab of a Planned Parenthood clinic.

The most famous image Michelangelo painted was of hands: God’s hand extended to Adam’s….The sculptor Auguste Rodin spent much of his life fashioning hands….Rodin prefigured Heidegger’s observation: “My hand . . . is not a piece of me. I myself am entirely in each gesture of the hand, every single time.”….Galen of Pergamon, the great Greek physician, in his treatise On the Use of the Various Parts of the Body, noted that to man alone had the Creator chosen to give the hand, the only instrument “applicable to every art and occasion”:

….The gods, the arts, survival, history — all that we are has required, literally, many hands. In the hand, the whole man, and in the man, the whole cosmos.

That’s very poetic, but like the video itself, tells us nothing. Yes, Planned Parenthood donates fetal tissue to medical research facilities. They charge enough to cover their costs, nothing more. Among the tissue they donate are hands. And this is not a sinister “black market,” as the video claims: It’s done in the open with the permission of the mother, and the tissue is transferred only to qualified researchers.

The idea behind the video, of course, is that it’s supposed to automatically trigger disgust in us. And it does. After all, most of us felt a little disgusted when we dissected frogs in 9th grade biology. It’s just part of human nature, and the Planned Parenthood haters are smart to take advantage of it.

But you know what? I’m an organ donor. I’m not sure my organs are actually safe for harvesting anymore, but if they are, then my body will be chopped up and used for its best and highest purpose when I’m dead. Some organs will be used for transplants, I hope. Some will be given to research laboratories. Some may end up as the raw materials for other stuff. If I were alive and watching, I’d probably feel pretty queasy. And yet, no one really blinks an eye at the routine job of harvesting organs and tissue from dead people who have given their permission.

This is no different. It’s every bit as altruistic and admirable as harvesting useful tissue from adults. Period.

So far, the worst anyone has come up with from these videos is that some of the Planned Parenthood folks caught on tape used a “tone” that was unfortunate. Give me a break. This is the way any doctor talks among other health care professionals. They’re experienced enough to talk plainly about their work in private, and they make jokes about it like any normal person. It’s simply wrong to pretend that this is anything ominous.

And that hand on the pie dish? Who knows? It might save someone’s life someday.

POSTSCRIPT: And I’ll repeat what I said before. If you think abortion is murder, then of course you object to the use of organs and tissue from aborted fetuses. If you don’t, then you think it’s fine. There’s nothing new going on here. It’s just a slightly different twist on the same fight between pro-lifers and pro-choicers that’s been going on for decades