If you’re paid 12 bucks an hour, you’re not making much. But hey—at least you’re eligible for overtime. Hooray! Federal law dictates that you be paid time-and-a-half for working more than 40 hours in a week.

But wait. You work at McDonald’s and you’re a “supervisor.” Under the current opaque and complicated rules adopted a decade ago by the Bush administration, that 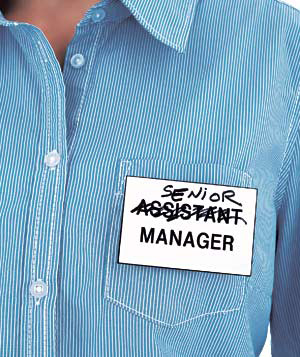 means you’re management. No overtime for you. Sorry.

That wage amounts to about $23,000 per year, and if that seems a little stingy for a manager, you’re right. Way back in 1975, the Ford administration set the wage level to qualify as management at $6.25/hour, and if you adjust for inflation that amounts to about $28/hour today, or $56,000 per year. For most of us, that’s intuitively a little closer to the wage we think a real manager makes.

Well, good news. Today, after years of arguing and rulemaking, the Obama administration raised the wage level at which the “management exemption” comes into play. It’s a little less than the inflation-adjusted figure from the Ford administration, but it’s close. The new level is $970 per week, or about $50,000 per year. Anyone paid less than that, even if they have supervisory duties, qualifies for overtime pay. What’s more, future increases are pegged to the level of inflation, so the rules will keep up with reality even when Republicans are in office.

Naturally, the folks who benefit from the old rules are threatening havoc. Check this out:

The National Retail Federation, a business group, says its members would probably respond by converting many salaried workers to hourly status, which could cost them benefits such as paid vacation. Other salaried workers would have their hours cut and wouldn’t receive higher pay. Businesses might hire additional workers to avoid paying overtime or extend the hours they give part-timers. Yet supporters of extending overtime coverage say they would welcome those changes.

Charming. Of course, we’ve heard this before in other contexts—remember all those millions of workers who were supposedly going to be cut from 30 hours a week to 29 to avoid giving them health insurance under Obamacare?—and most companies aren’t likely to follow through on this threat. But it’s the thought that counts. And surely there will be a few who decide that screwing their managers is good business, and I expect we’ll hear about every last one of them.

Don’t listen. In this case, anecdotes are just propaganda tools. In a year or so the Department of Labor will provide us all with comprehensive statistics on what happened, and then we’ll know. Until then, just enjoy the good news.

UPDATE: This post originally said federal law required overtime pay for working more than 8 hours in a day. That’s true in some states, including California, where I live, but it’s not federal law. The post has been corrected.