Ed Kilgore points me toward a Politico profile of John Kasich that demonstrates pretty vividly why he’s not likely to make a dent in the Republican primaries. 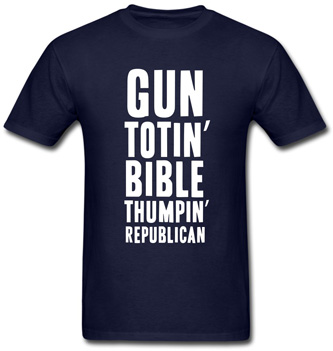 Here he is at a conference hosted by the Koch brothers last year:

At one point, according to accounts provided by two sources present, Randy Kendrick, a major contributor and the wife of Ken Kendrick, the owner of the Arizona Diamondbacks, rose to say she disagreed with Kasich’s decision to expand Medicaid coverage, and questioned why he’d expressed the view it was what God wanted.

The governor’s response was fiery. “I don’t know about you, lady,” he said as he pointed at Kendrick, his voice rising. “But when I get to the Pearly Gates, I’m going to have an answer for what I’ve done for the poor.”

The rest of the Republican Party, needless to say, believes that St. Peter is going to ask them what they did to keep the poor from suckling on the tits of the rich. Because that’s what the Bible say. See, right here: When it comes to paying poor laborers whatever he feels like, “Is it not lawful for me to do what I will with mine own?” Jesus once said in a quote taken entirely out of context.

Obviously Kasich doesn’t know his Bible. Help the poor indeed. Who can blame Bobby Jindal, Nikki Haley, and 20 audience members for stalking out? Kasich needs to bone up on the real Bible before he spouts off again.