For what it’s worth, there’s been a bit of talk lately about how well Iceland is doing and how everyone should have followed their example in the aftermath of the 2008 financial crisis. Tyler Cowen has a fair-minded response here. In short: Some of what Iceland did was probably good, including devaluing and inflating 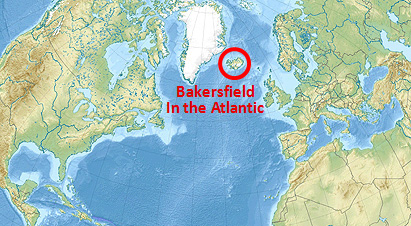 their currency, and “ring fencing” their good banks from their bad. But most of their actions simply wouldn’t work in most other countries. For starters, Iceland is the size of a small city like Bakersfield. Their actions caused no global repercussions. Second, Iceland mostly forced foreign depositors to take the hit from the crisis, something that wouldn’t work in a country with lots of domestic deposits. Third, its stock market is minuscule. A 90 percent drop didn’t have a big effect on the economy, but it would in a larger country. And finally, capital controls aren’t a serious option for most large countries.

Overall, I agree with Cowen. Sure, maybe we should have treated our bankers more harshly, as Iceland did. But generally speaking, a tiny, isolated island can get away with a lot of things just because they’re so tiny and isolated that big countries have better things to do than try to retaliate. Who really cares about Bakersfield in the Atlantic, after all? They just aren’t much of an example of what could and couldn’t have been done by larger, more systemically important countries in 2008-10.