Matt Yglesias says that becoming a new father has changed his mind about genetic engineering:

….Long story short, while I used to think of genetic engineering as primarily about making future generations “better” on average, with my dad-glasses on I think it would be largely about making them more mediocre. You would curtail the left end of the distribution curve, but also the right end. 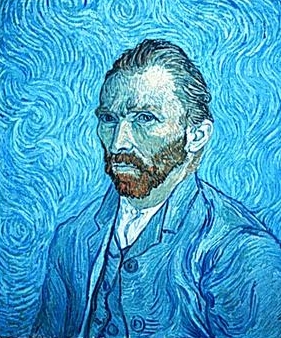 Fewer tortured geniuses and alienated, awkward loners who push the boundaries of society and technology.

The image of the tortured genius is rife in Western literature, but in real life it’s basically a myth. Are there tortured geniuses among us? Sure. Vincent van Gogh was famously tortured. Kurt Cobain. Georg Cantor.

But the boring truth is that geniuses, on average, are about the same as everyone else aside from being geniuses. Einstein was perfectly well adjusted. Ditto for Shakespeare, Edison, Picasso, Maxwell, Newton, etc. They all had their own quirks and foibles, and were maybe a bit more driven than average, but fell well within the usual norms for healthy and happy. Historical studies of geniuses have all confirmed this. Being unhappy just doesn’t have any effect on being a genius.

So no worries on that score, though there are plenty of other things to worry about in the brave new world of human genetic engineering—including the fact that not all parents share Matt’s value system in the first place.

Besides, my guess is that trying to engineer geniuses is a dead end anyway. Artificial intelligence will get there first. By the the time we’ve finally figured out how to reliably produce the next baby Einstein, the machines will just be tittering at us behind our backs.