Over at the mothership, David Corn and Daniel Schulman report that Bill O’Reilly might have a problem with the truth that’s surprisingly similar to Brian Williams’. Basically, they both seem to have a habit of exaggerating their war-reporting prowess. In Williams’ case, it was about a helicopter during the Iraq War. 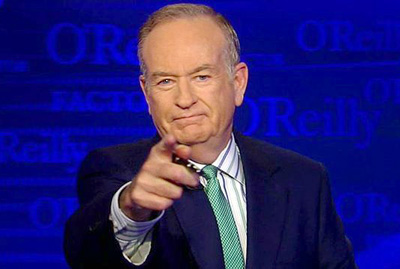 In O’Reilly’s case, he’s repeatedly said that he was “in a war zone in Argentina” during the Falklands war, but in fact he was never anywhere near the actual war. He was a thousand miles away in Buenos Aires:

O’Reilly did see some action in Argentina— just not war action. He writes in The No Spin Zone that shortly after he hit Buenos Aires—where CBS News had set up a large bureau in the Sheraton hotel—thousands of Argentines took to the streets, angry at the military junta for having yielded to the Brits.

As he tells it in his book, O’Reilly, then 32 years old, raced to cover the event: “A major riot ensued and many were killed. I was right in the middle of it and nearly died of a heart attack when a soldier, standing about ten feet away, pointed his automatic weapon directly at my head.” A television cameraman was trampled, journalists were banged up, and O’Reilly and others were teargassed. “After a couple of hours of this pandemonium,” he recalls, “I managed to make it back to the Sheraton with the best news footage I have ever seen. This was major violence up close and personal, and it was an important international story.”

Now, even this might be a bit of an exaggeration—click the link for details—but put that aside for the moment. It’s pretty obvious that a protest, even a violent protest, isn’t a war zone or anything close to it. O’Reilly can bob and weave all he wants, but no one is going to buy the idea that covering a protest in Buenos Aires is anything like reporting from a war zone.

Nonetheless, I suspect we’re about to witness an interesting phenomenon. In the case of Brian Williams, NBC caved in to pressure pretty quickly and suspended him for six months. It’s possible that his career is over. In O’Reilly’s case, the response so far has been (a) silence from Fox News and (b) a torrent of insults and abuse from O’Reilly. And my guess is that it will work. The Williams case generated a ton of commentary. So far, the O’Reilly case has generated very little. As long as both Fox and O’Reilly stonewall, it will probably stay that way. It will be a momentary squall and then it will blow over.

Stonewalling often works. We’re about to find out if it will work here.