This is interesting. Yesterday I wrote a post suggesting that we should all try to eat more fresh food and less processed food, but that otherwise it didn’t matter much what kind of diet you followed. (Within reason, of course.) This was based solely on my intermittent reading 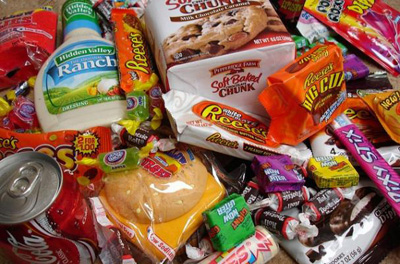 of food research over the years, not on a specific rigorous study. Today, however, fellow MoJoer Tom Philpott tells me that there is indeed a rigorous study that backs this up:

Over the past decade, there has been a bounty of research on the ill effects of highly processed food. And when Yale medical researchers David Katz and Samuel Meller surveyed the scientific dietary literature for a paper in 2013, they found that a “diet of minimally processed foods close to nature, predominantly plants, is decisively associated with health promotion and disease prevention.”

Interestingly, Katz and Meller found that as long as you stick to the “minimally processed” bit, it doesn’t much matter which diet you follow: low-fat, vegetarian, and Mediterranean have all shown good results. Even the meat-centered “paleo” approach does okay. The authors conclude the “aggregation of evidence” supports meat eating, as long as the “animal foods are themselves the products, directly or ultimately, of pure plant foods—the composition of animal flesh and milk is as much influenced by diet as we are.” That’s likely because cows fed on grass deliver meat and milk with a healthier fat profile than their industrially raised peers.

Now, Tom is optimistic that processed food is losing its allure as Americans migrate more and more to fresh foods. I can’t say that I share this optimism, but I hope he’s right. There’s nothing wrong with a potato chip or a can of soup here and there (everything in moderation!), but a steady diet of processed food really is something worth avoiding.