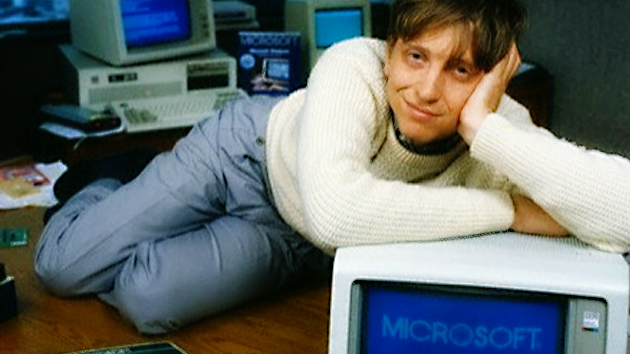 I don’t normally get to hear what Bill Gates thinks of one of my ideas, but today’s the exception. Because Ezra Klein asked him:

Ezra Klein: ….Kevin Drum, who writes for Mother Jones, has a line I’ve always thought was interesting, which is that the internet makes dumb people dumber, and smart people smarter. Do you worry about the possibility that the vast resources the internet gives the motivated, including online education, will give rise o a big increase in, for lack of a better

tterm, cognitive or knowledge inequality that leads to further rises in global inequality?

Bill Gates: Well, you always have the challenge that when you create a tool to make activity X easier, like the internet makes it easier to find out facts or to learn new things, that there are some outliers who use that thing extremely well. It’s way easier to be polymathic today than it was in the past because your access to materials and your ability if you ever get stuck to find people that you can engage with is so strong.

But to say that there’s actually some negative side, that there actually will be people that are dumber, I disagree with that. I mean, I’m as upset as anyone at the wrong stuff about vaccination that’s out there on the internet that actually confuses some small number of people. There’s a communications challenge to get past.

But look at IQ test capability over time. Or even take a TV show today and how complex it is — that’s responding to the marketplace. You take Breaking Bad versus, I don’t know, Leave it to Beaver, or Combat!, or The Wild, Wild West. You know, yeah, take Combat! because that was sort of pushing the edge of should kids be allowed to watch it.

The interest and complexity really does say that, broadly, these tools have meant that market-driven people are turning out more complex things. Now, you can say, “Why hasn’t that mapped to more sophistication in politics or something like that?” That’s very complicated. But I don’t see a counter trend where there’s some group of people who are less curious or less informed because of the internet.

I’m sure that was said when the printing press came along and people saw romance novels and thought people would stay indoors and read all the time. But I just don’t see there being a big negative to the empowerment.

It’s equally unsurprisingly that he disagrees about the internet making dumb people dumber. It’s a pretty anti-tech opinion, after all, and that’s not the business Bill Gates is in. But I think his answer actually belies his disagreement, since he immediately acknowledges an example of precisely this phenomenon: the anti-vax movement, something that happens to be close to his heart. Unfortunately, to call this merely a “communications challenge” discounts the problem. Sure, it’s a communications challenge, but that’s the whole point. The internet is all about communication, and it does two things in this case. First, it empower the anti-vax nutballs, giving them a far more powerful medium for spreading their nonsense. On the flip side, it makes a lot more people vulnerable to bad information. If you lack the context to evaluate arguments about vaccination, the internet is much more likely to make you dumber about vaccinating your kids than any previous medium in history.

The rest of Gates’ argument doesn’t really hold water either. Sure, IQ scores have been rising. But they’ve been rising for a long time. This long predates the internet and has nothing to do with it. As for TV shows, he picked the wrong example. It’s true that Breaking Bad is far more sophisticated than Leave it to Beaver, but Breaking Bad was always a niche show, averaging 1-2 million viewers for nearly its entire run. Instead, you should compare Leave it to Beaver with, say, The Big Bang Theory, which gets 10-20 million viewers per episode. Is Big Bang the more sophisticated show? Maybe. But if so, it’s not by much.

In any case, the heart of Gates’ response is this: “I don’t see a counter trend where there’s some group of people who are less curious or less informed because of the internet.” I won’t pretend that I have ironclad evidence one way or the other, but I wouldn’t dismiss the problem so blithely. I’m not trying to make a broad claim that the internet is making us generally stupider or anything like that. But it’s a far more powerful medium for spreading conspiracy theories and other assorted crap than anything we’ve had before. If you lack the background and context to evaluate information about a particular subject, you’re highly likely to be misinformed if you do a simple Google search and just start reading whatever comes up first. And that describes an awful lot of people.

Obviously this has been a problem for as long humans have been able to communicate. The anti-fluoridation nutballs did just fine with only dead-tree technology. Still, I think the internet makes this a more widespread problem, simply because it’s a more widespread medium, and it’s one that’s especially difficult to navigate wisely. Hopefully that will change in the future, but for now it is what it is. It doesn’t have to make dumb people dumber, but in practice, I think it very often does.